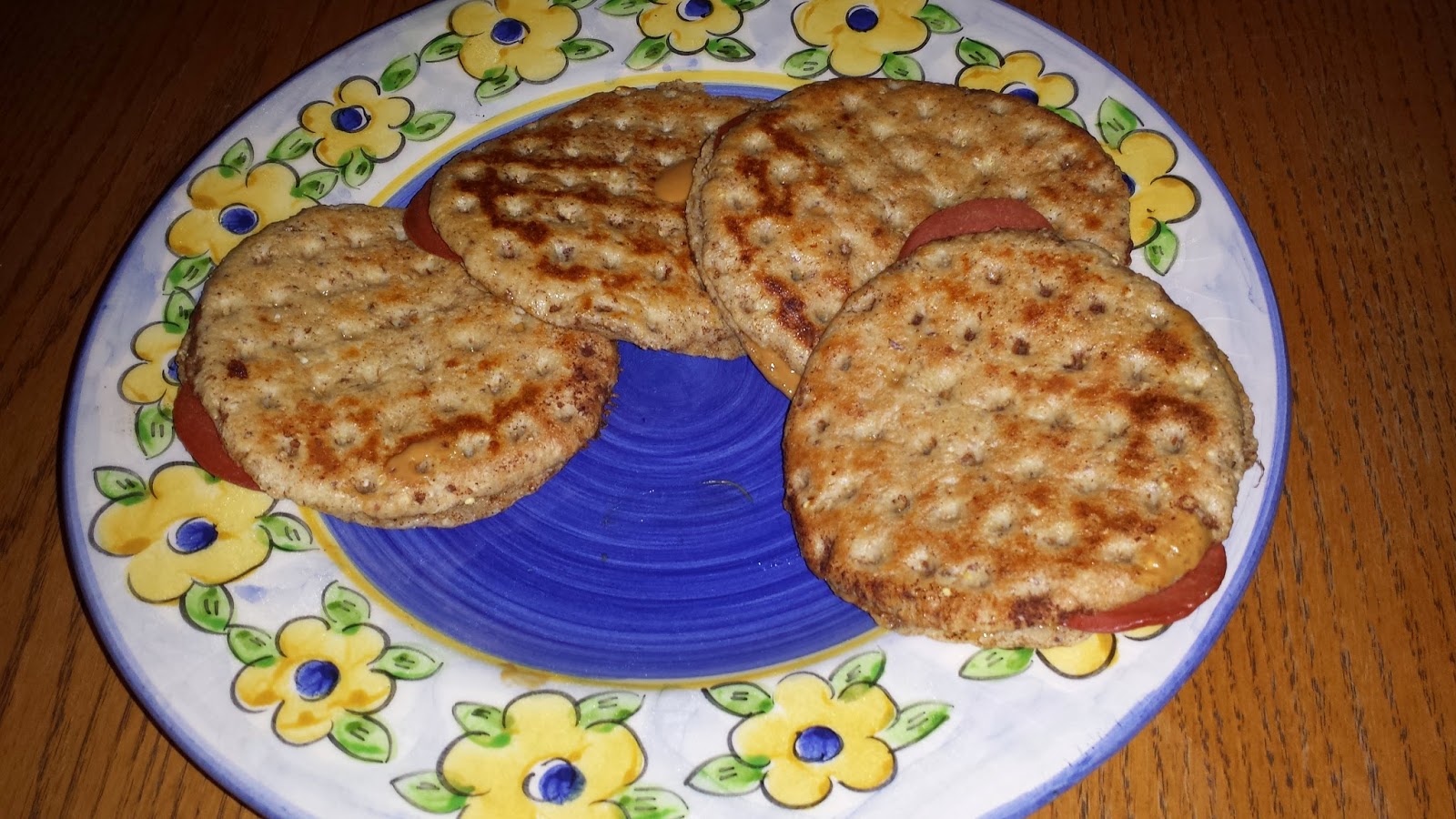 I call these 'Triple D' French Toast Sandwiches because they are inspired by some of the crazy-ass nutritional monstrosities you see on Diners, Drive-ins and Dives.  The stuff on that show makes my jaw drop.  It's like how many calories can someone squeeze onto one plate.  It's nuts!  But I actually like watching it occasionally to give me ideas for recipes I can healthify, like this one.

It made a yummy breakfast for dinner the other night ;)

Whisk together eggs, milk, extract, cinnamon and stevia in a flat pan or container.  Separate tops and bottoms of breads and dip into mixture, making sure both sides are saturated.  Place on greased skillet or fry pan and cook on both sides until golden.  Spread insides of bread with peanut butter.  Place a slice of bacon on one half of each and top with other half.  Makes 6 sandwiches.
Posted by Healthy Life Lessons at 4:34 AM