Support for those with PTSD: i Run & Rock

You have probably heard of Post Traumatic Stress Disorder (PTSD), but when you think of it, you probably associate it with soldiers involved in combat or first responders (police, paramedics, fire fighters, etc.).  Certainly, those are populations most at risk for PTSD simply because of what they do every day, but others can experience it too.  Victims of crime or accidents, those who have experienced or witnessed abuse, or individuals who have had near death experiences or medical emergencies can all develop PTSD.

Symptoms of PTSD include depression, anger, flashbacks, nightmares, anxiety, and insomnia.  Many people with chronic PTSD attempt to self-medicate with alcohol or drugs.

I had the privilege, when I was doing my counselling training, to work with a client who had PTSD from serving in the Canadian Armed Forces in Bosnia.  He had struggled with it for 12 years before finally being diagnosed!

Even those who do not meet the criteria for PTSD struggle with the effects of trauma.  I see so many people - too many - in my counselling practice, who have trauma from sexual or physical abuse, accidents or life threatening illnesses.  It is far, far too common, and often goes undiagnosed and untreated.

Consequently, when I was asked to share information about the i Run & Rock event in honour of those with PTSD, I was happy to comply.  Of course, I also love anything that promotes physical activity too!


Location: Ray Twinney Arena in Newmarket, Ontario.
*All proceeds raised during the event will directly support the emergency responder outreach programs within the York Region and Newmarket area.


i Run And Rock is a one day, annual event designed to raise awareness about first responders, emergency workers and military employees living with Post Traumatic Stress Disorder (PTSD) and is a great way to get the whole family involved in a great cause.  It involves a 1, 5, and 10 km run along with an evening concert where JUNO Award winners Glass Tiger will perform. 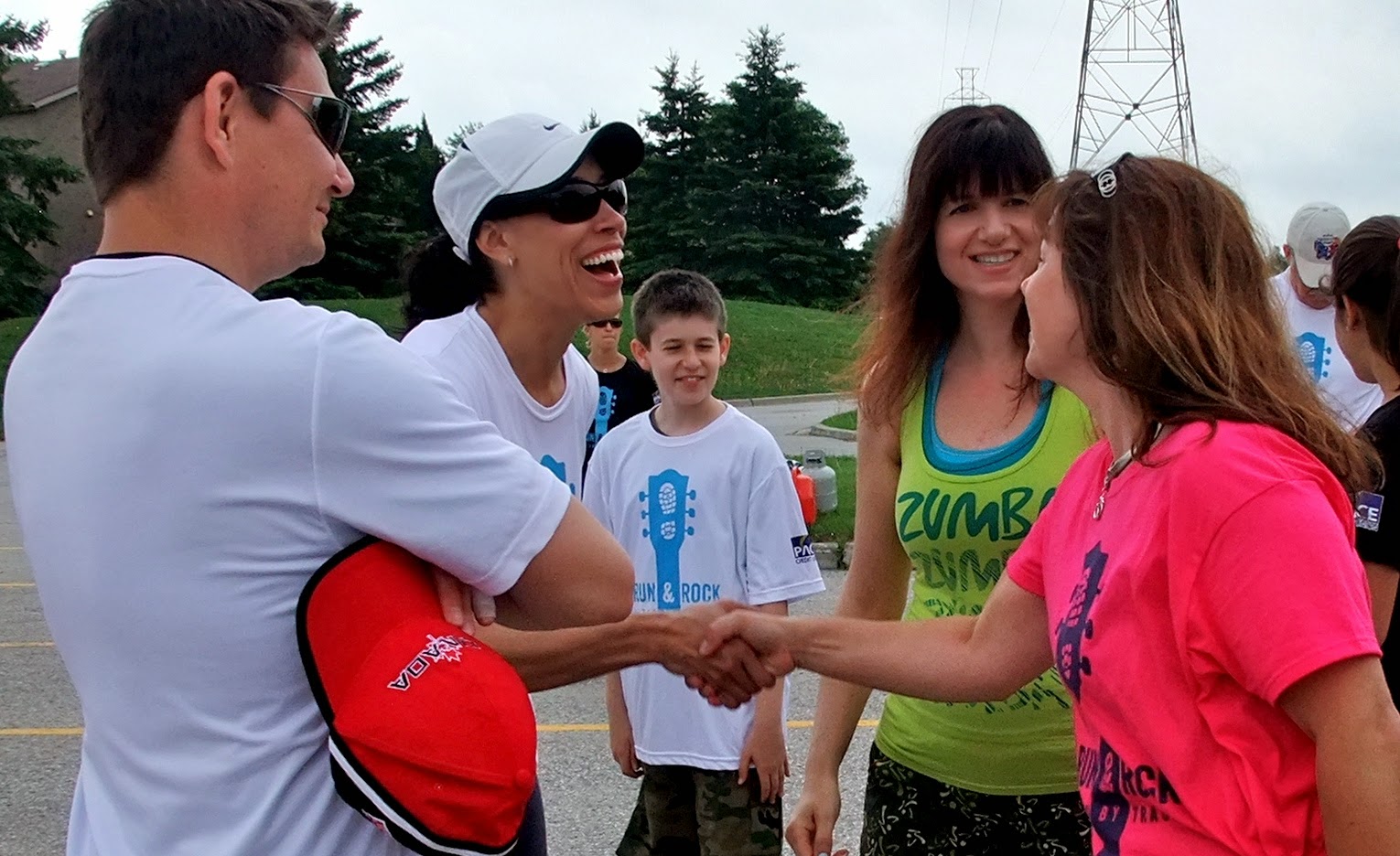 United By Trauma are also organizing and participating in the following initiatives:
Wednesday, April 30, 2014 – In celebration of First Responders Day (May 1) a benefit and silent auction to raise funds for emergency workers at 7:00 p.m. at The Jazz Bistro in Toronto.