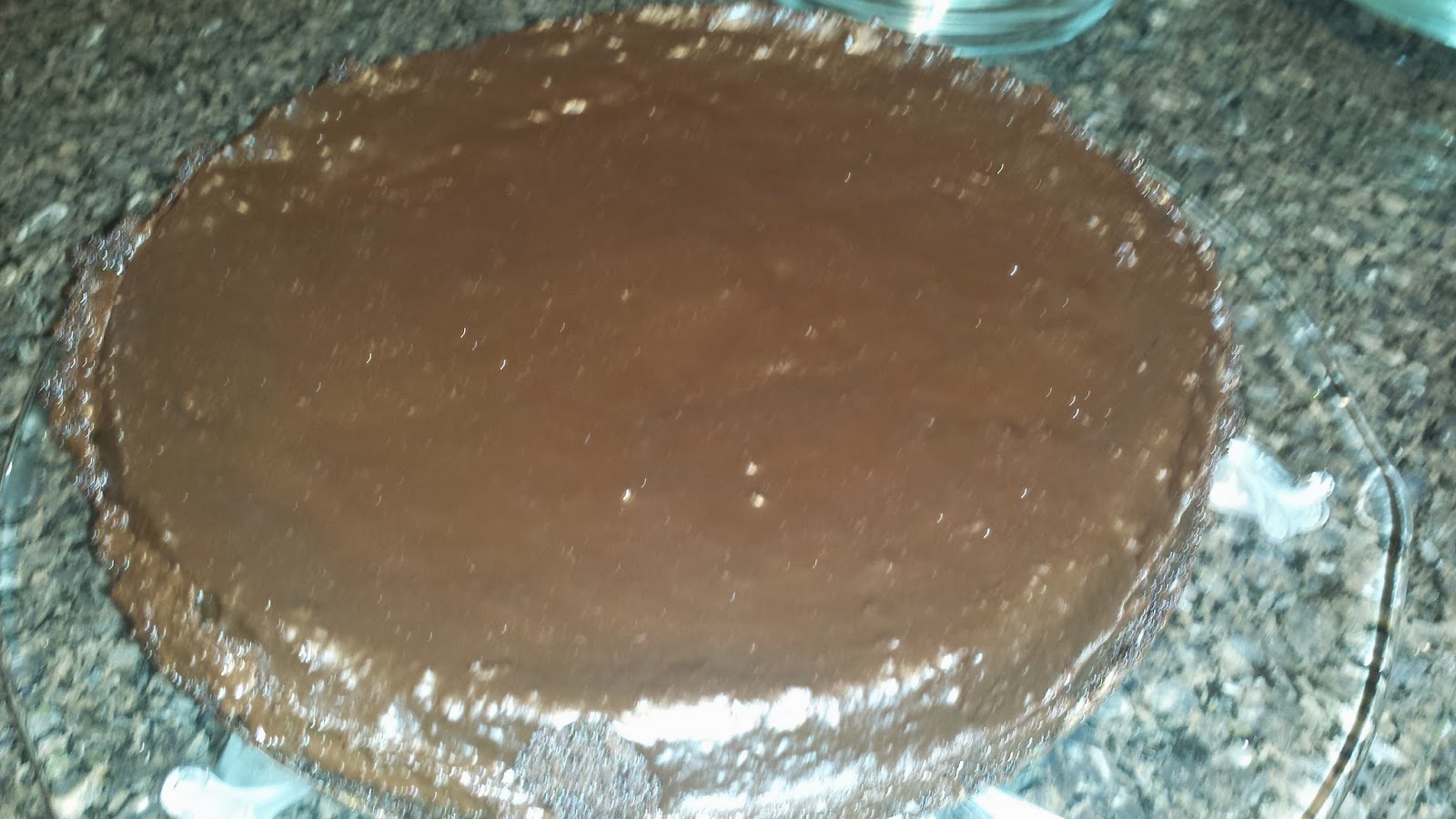 Most folks who know food, know that the best Passover desserts, are those that never had flour in the recipe to begin with.  So when I found Nigella  Lawson's Olive Oil Chocolate Cake, I knew I had to make it for this year's sedar.

It was definitely the show-stopper.  My picky father-in-law had multiple servings and there were nothing but accolades from everyone else (including the kids).

Unfortunately, its not super healthy.  I thought about using something other than white sugar, and might do that next time I'm making it for us, but since I was making it for a crowd not always keen on healthy substitutions, I left the recipe as is.

Actually, I kind of gilded-the-lily on this one and used almond milk instead of water to make it even richer, and instead of just dusting the top with icing sugar, as Lawson does in her recipe, I poured a chocolate fondant over the top.

I also did the lazy woman's version and skipped all the sifting, electric beating, etc.  It still turned out amazing!

While there might be a heck of a lot of sugar in this, it is gluten-free and dairy free for those with allergies or sensitivities.

This recipe has been submitted to this week's Gluten-Free (Good) Friday.