So I guess Quebec City is a pretty cool place after all.  He he!

The weekend could have started out better.  I was still feeling yucky and my flight was delayed 45 minutes after we boarded.  But I was the only one on the whole flight with an empty seat beside me :)  I wonder if it was because it was seat 13 and some people avoid sitting in a seat of that number?

After getting to my hotel, I discovered my room wasn't ready yet, which really got me steamed as I really wanted to drop my stuff and get to the conference.  Fortunately, there was a very nice staff person there who hurried things along and got me checked in.

The room was large, clean and lovely!  Check out this cool goldfish sink that was in the bathroom: 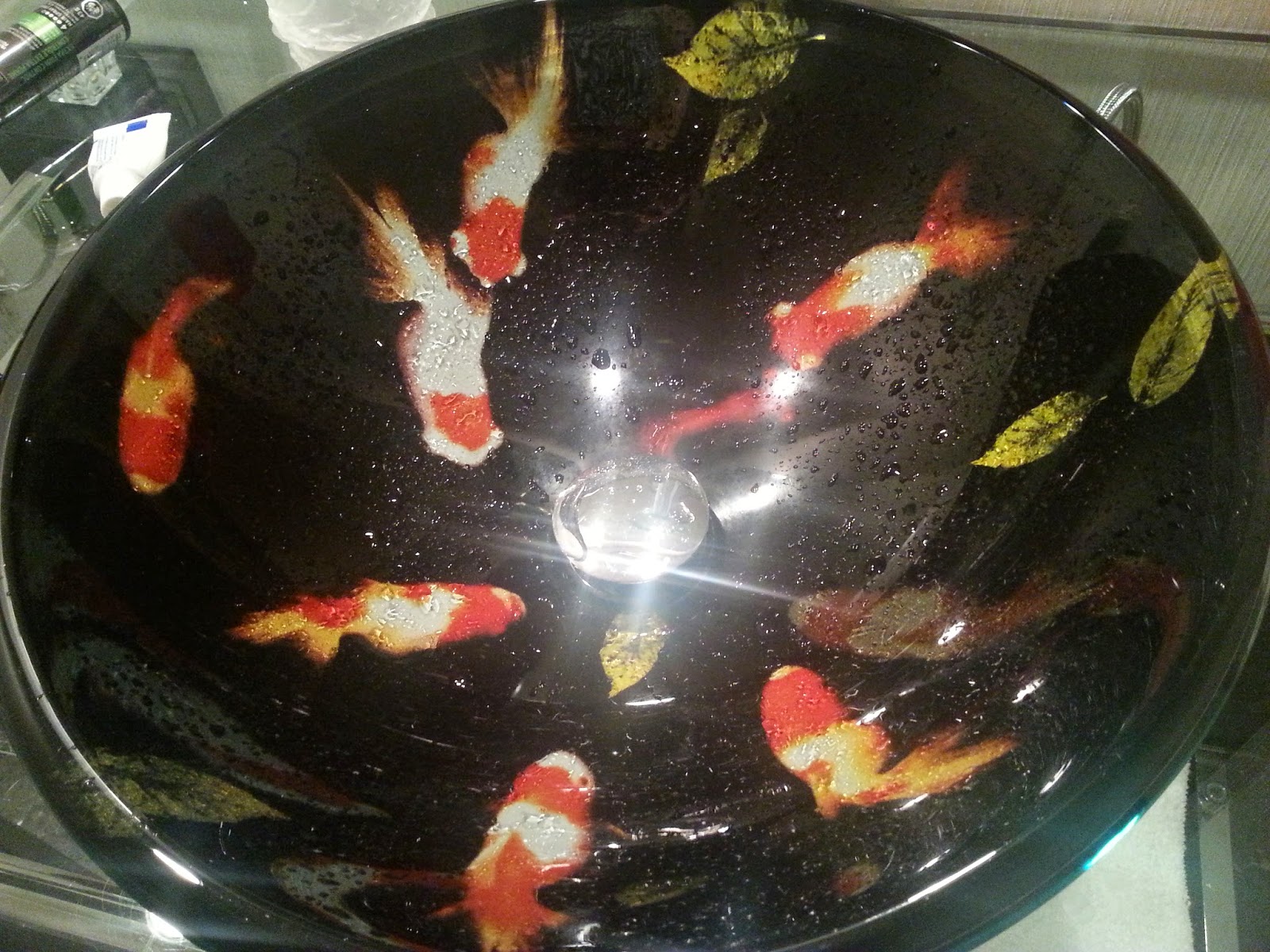 I headed over to the conference and joined the seminar in session.  Fabulous as always!  I love the CFAS conference.  Its so nice to connect with others working in the field of infertility.

I presented my poster presentation at the reception and hobnobbed with the industry folks.  It was from a bartender at this event that I experienced the only snootiness, which I had dreaded, due to being an Anglophone.  I ordered a Quebec beer and apparently it must be pronounced as if you are a cat horking up a hairball.  He grumpily corrected me both times I ordered (I just drank 2, I swear!).

That night all the infertility counsellors went out to dinner together.  There are such nice folks from around the country that do what I do.  Such a pleasure!  Unfortunately, I thought the food at the place we went was meh.  But it was very reasonably priced- and I had requested they choose a budget-friendly place- and the restaurant was very close to my hotel.

I was exhausted so I left a bit early and went back to the hotel.  I was asleep by 10:30pm and had the most amazing sleep.  I usually hate hotel beds, but this one was great, as was the pillow, the room was dark and quiet, and I had the a/c blasting to keep me comfortable.  I woke up utterly shocked at 9:30am on Saturday morning.  Pretty insane for someone usually up by 5am!  I felt a bit better but took the morning to walk around and explore, then headed back to the conference for the rest of the day.

In Quebec City, the small independent book store industry appears alive and well.  There are lots of them housed in cosy, little historic buildings.  Lots of tourist trap places too, however, selling the usual cheesy souvenirs.

Afterwards, I went back to my hotel and called Adam and the girls, and then headed out in the rain to a Greek restaurant, Le Mezze that got rave reviews online.  It deserves it!  Amazing service, fantastic food and great prices.  Cosy little spot too.  Since I was a party of one, even though it was totally booked (make reservations!),  I was able to sit at the bar.  Its too dark to really see, but here is my gorgeous plate of grilled calamari and ratatouille.  I also had a plate of grilled beets and beet greens on the side that is not in the picture. 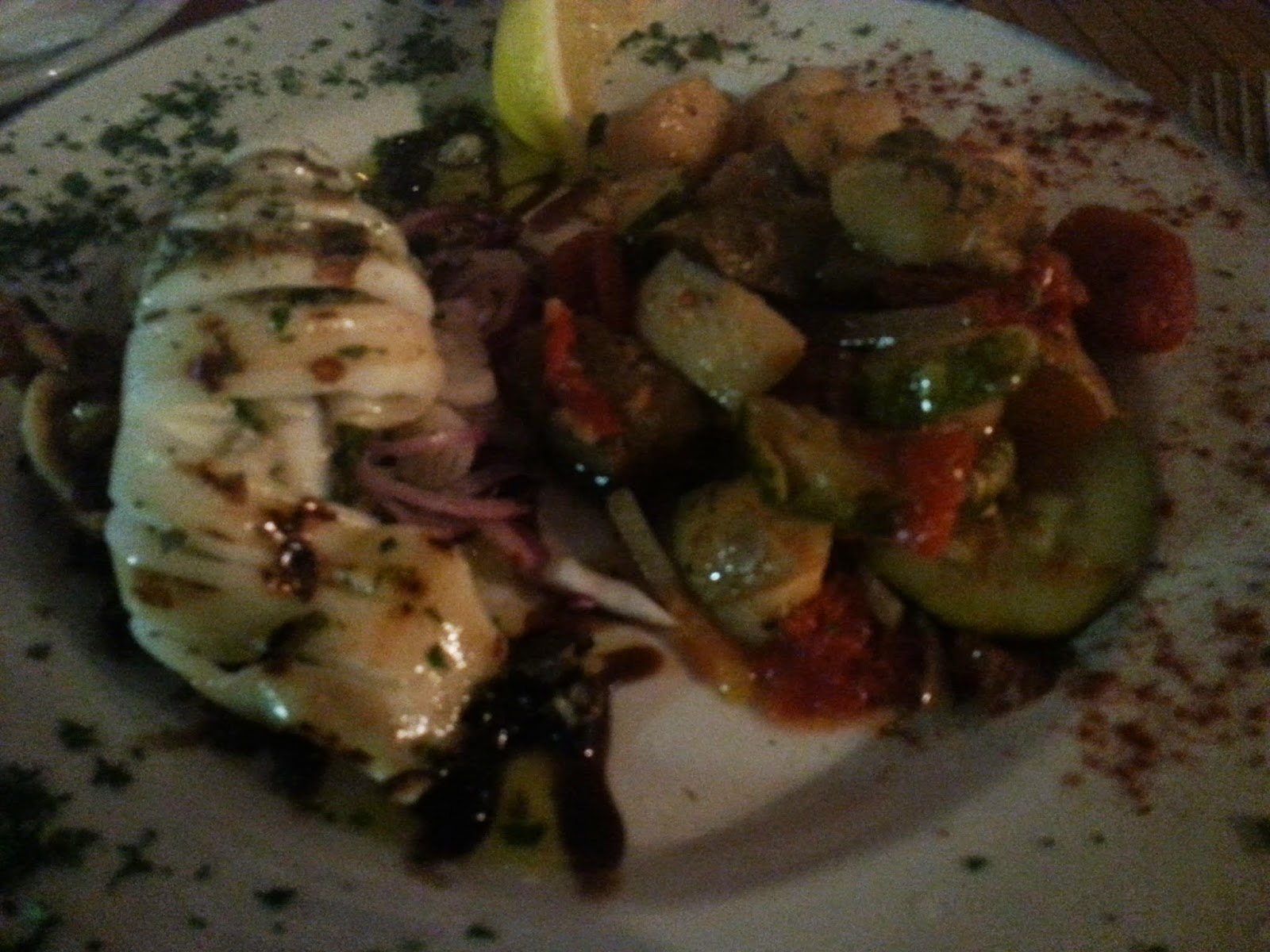 Sunday morning I checked out the city's 7-day-a-week farmer's market and picked up some apples I've never seen before (Lobo), and maple syrup lollipops for the girls.  Then I explored another area of the city and took some scenic shots, before heading back to get my stuff from the hotel and grab a cab back to the airport.

Its kind of hard not to fall in love with such a beautiful, historical city.  Its so old, compared to Toronto.  It blew my mind that there are people who live in homes and apartments in structures that are like 200 years old!  In Toronto, the oldest homes most people live in are 90 years old or so.  And the cobblestone streets are so cool...but not good for high heels! 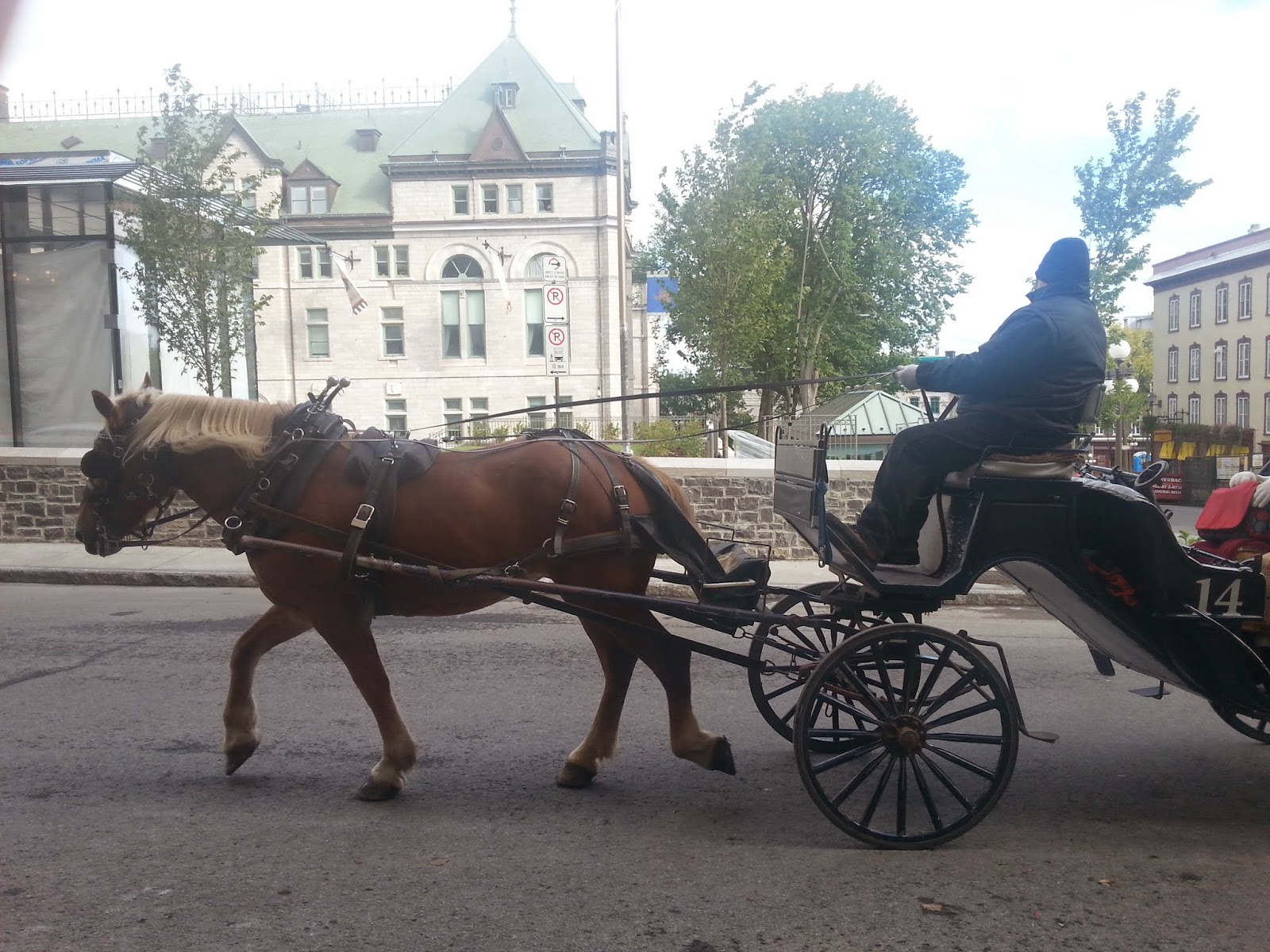 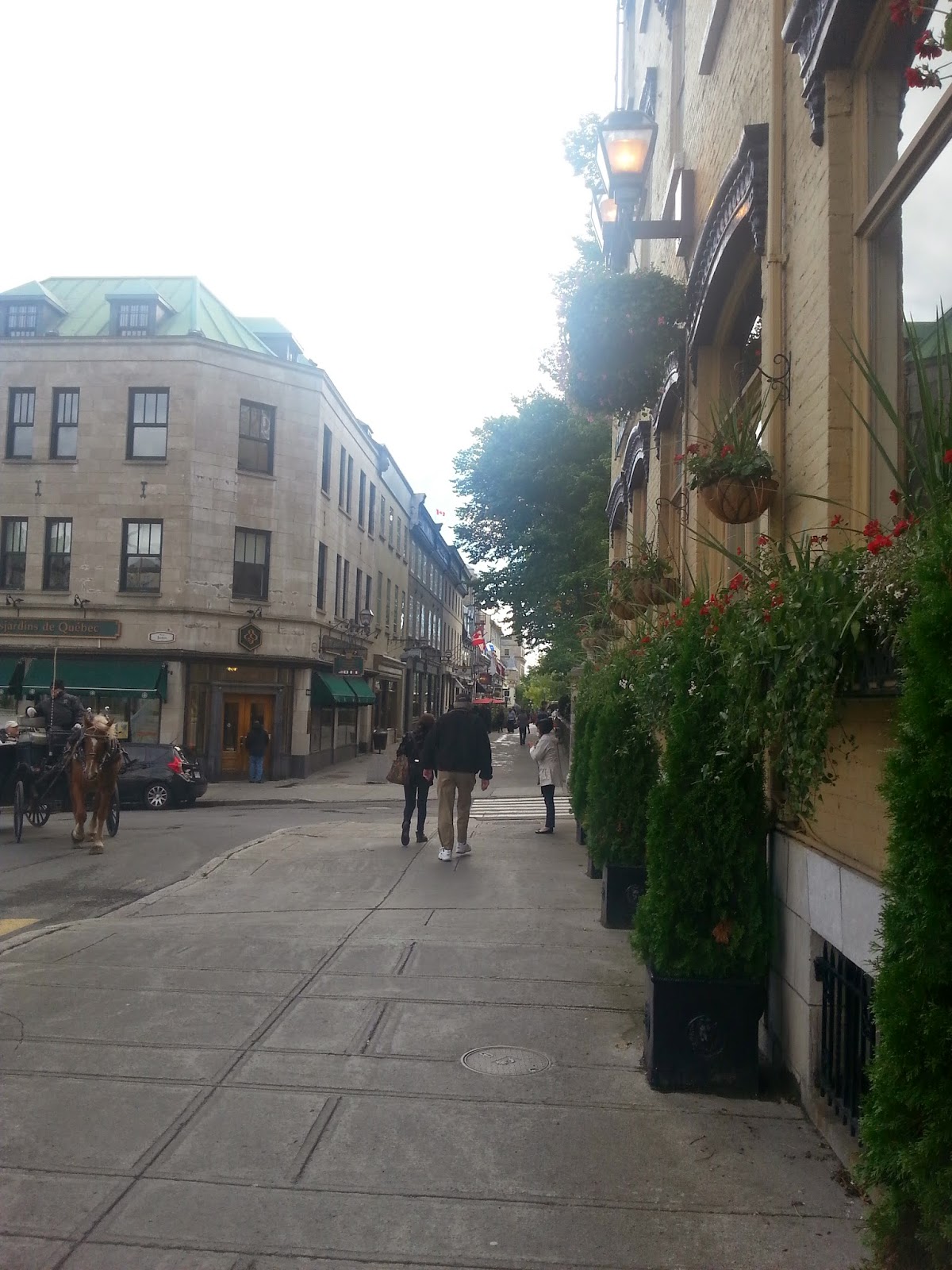 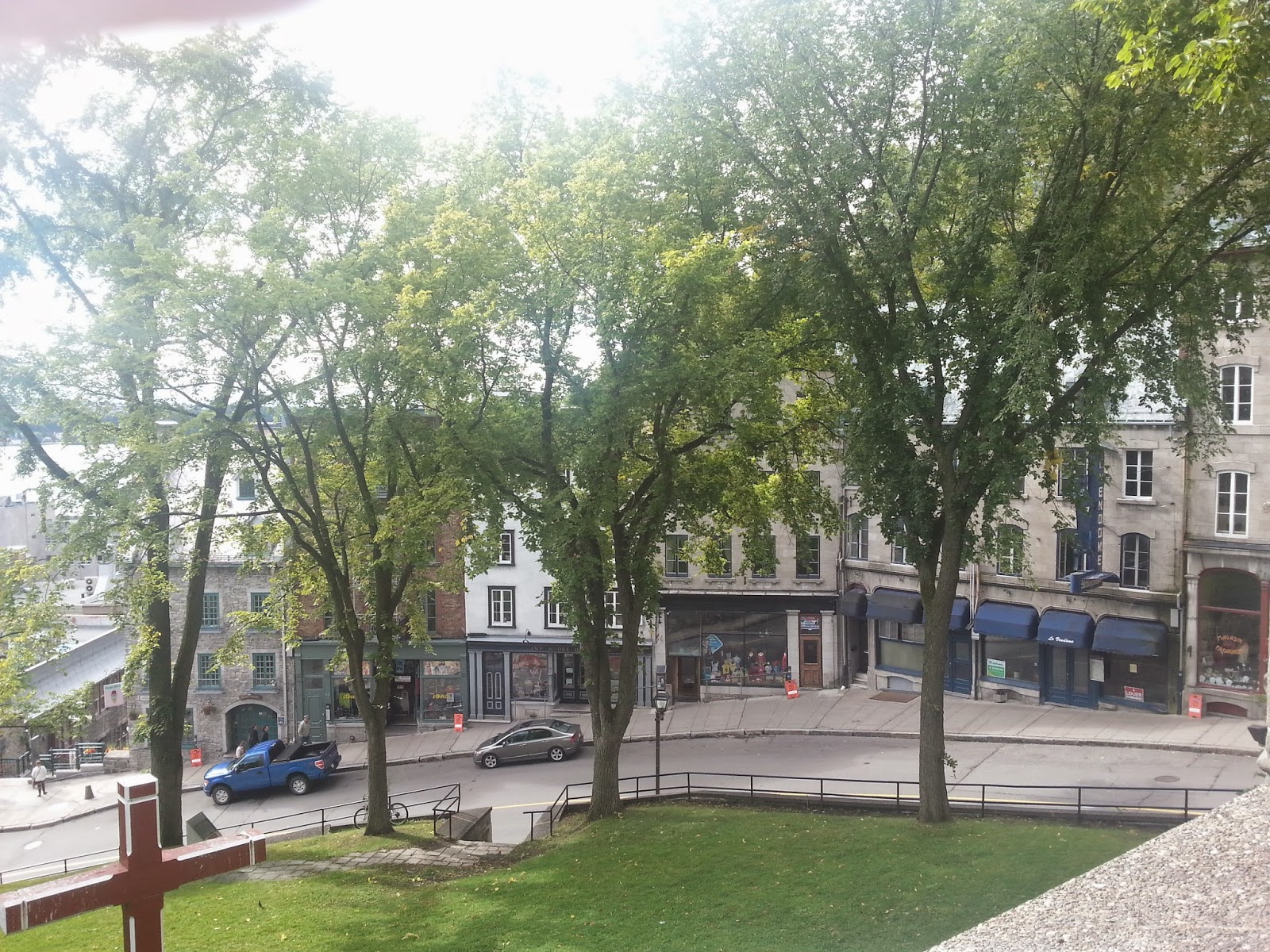 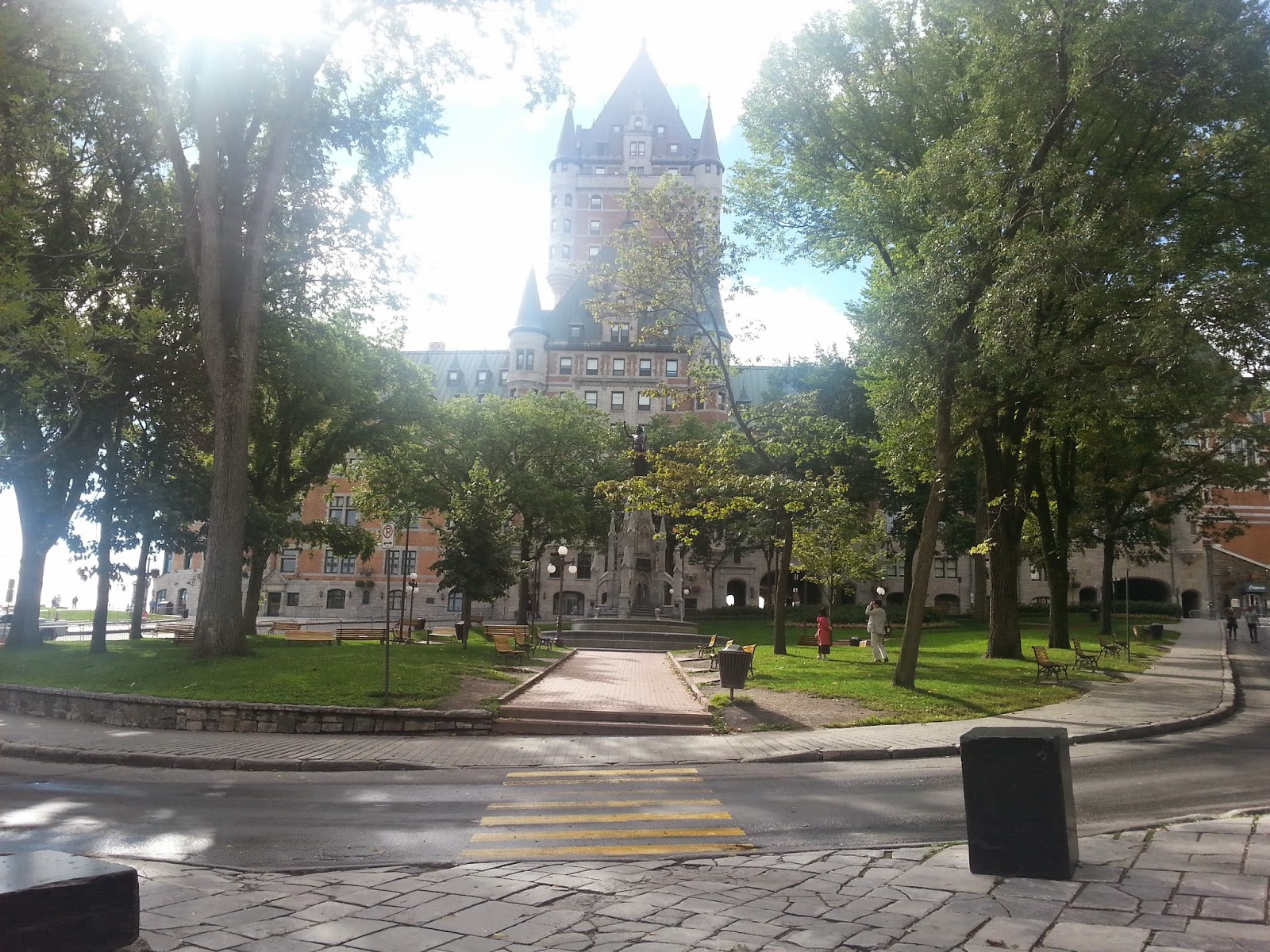 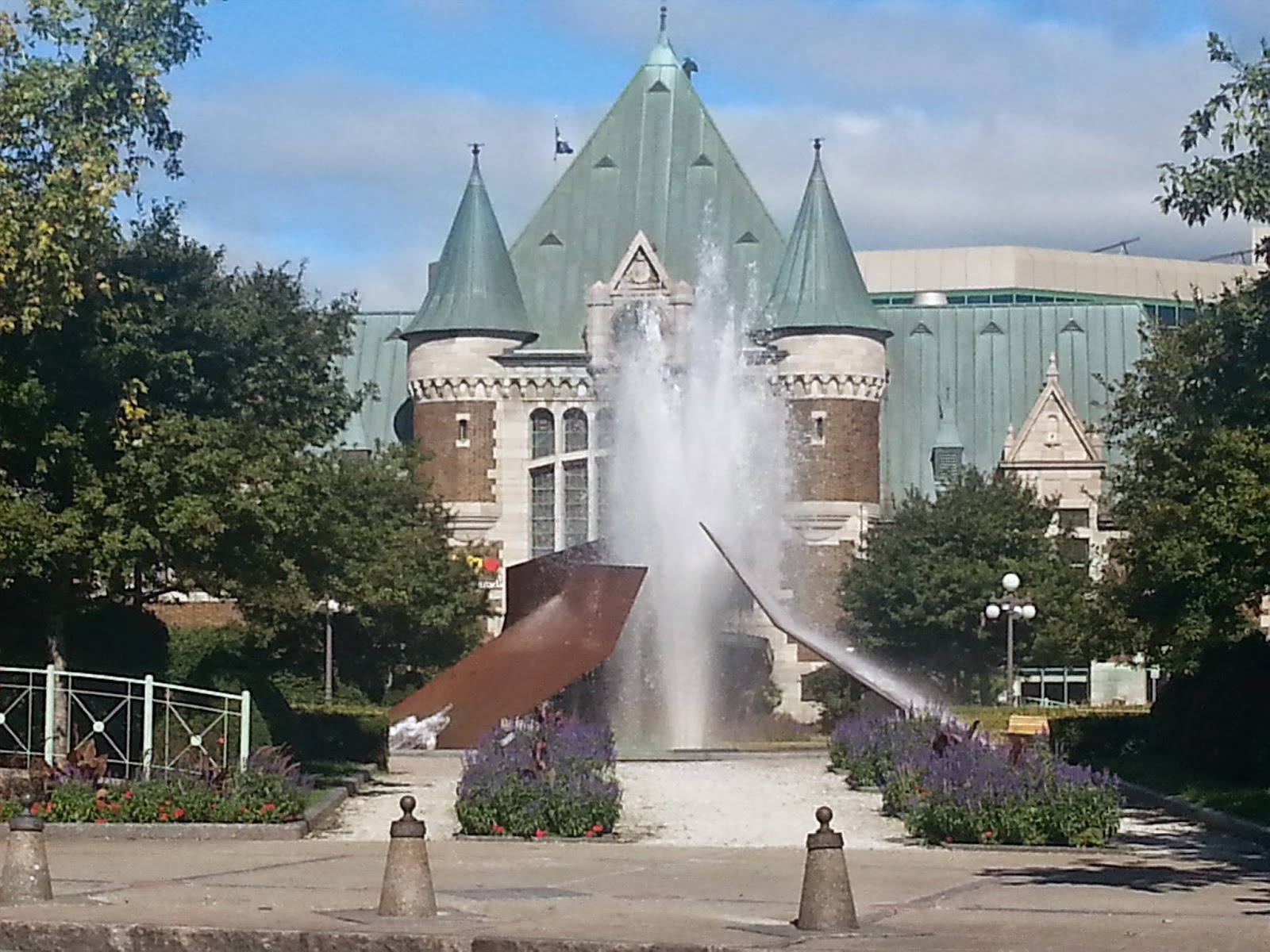 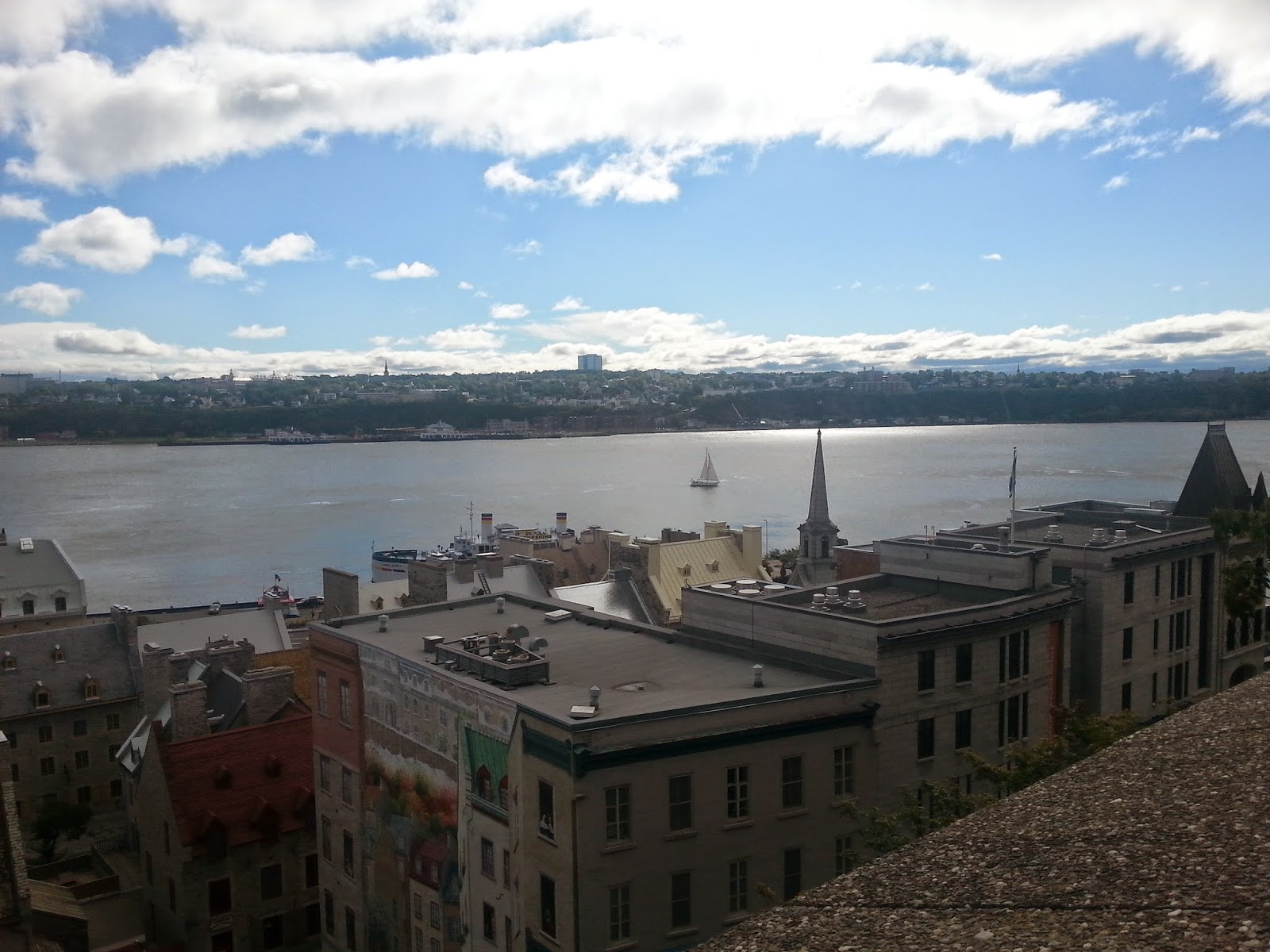 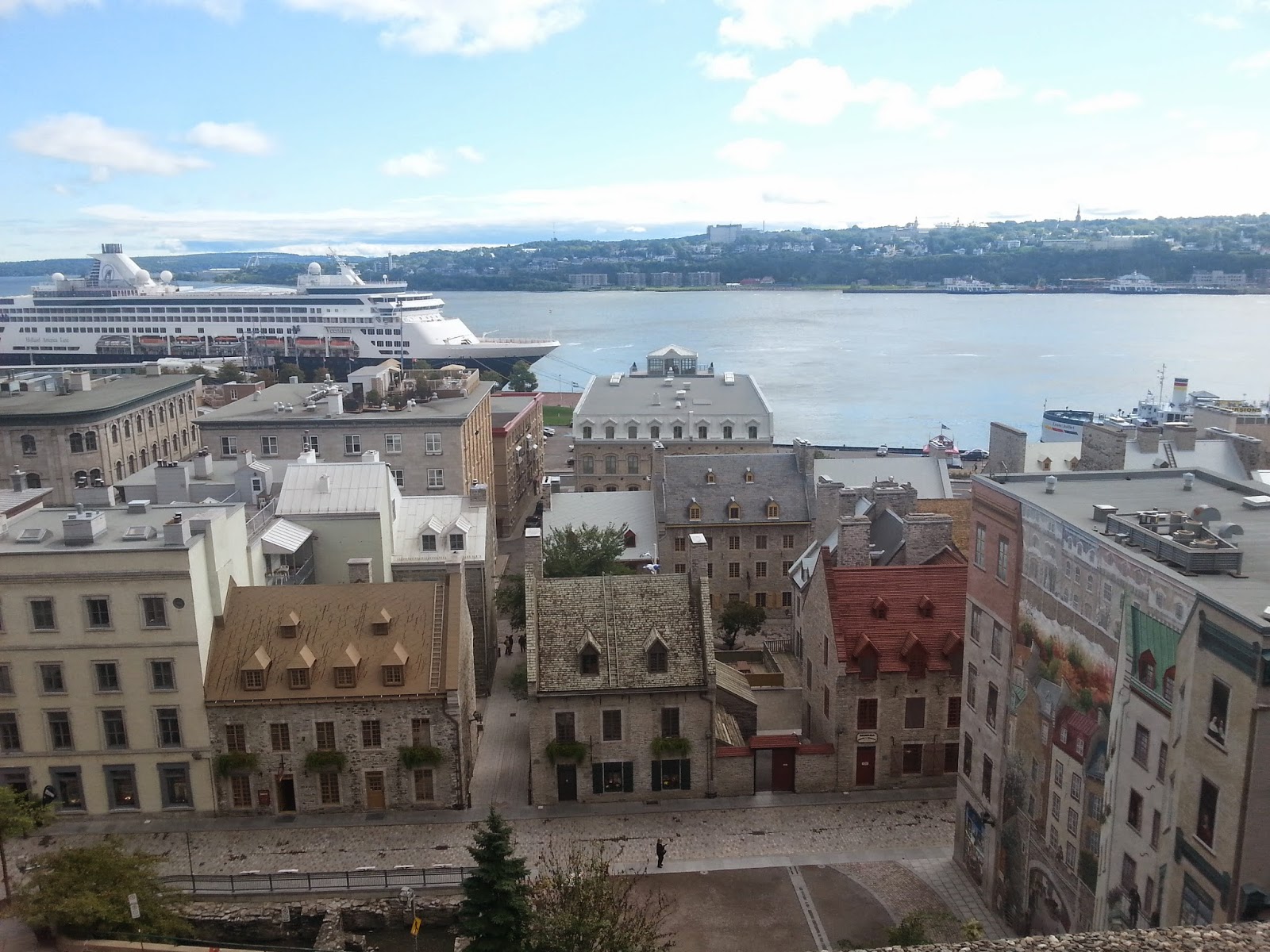 I also didn't realize just how English the city is.  I wanted to practice my French, but the minute the locals figure out you're English, they switch to English.  As my mom pointed out, its probably too painful for them to listen to us struggle through our French.  But I guess its a necessity for most of them to be fully bilingual given what a popular tourist destination it is.  There were tourists everywhere!

So there you have it, I eat my words, Quebec City is a pretty great place!
Posted by Healthy Life Lessons at 4:20 AM