Its Thursday!  Know what that means?  Its almost Friday!

No recipe today, just a little food for thought.

If you have children, than you likely already know that they can be a real buzzkill to romance and intimacy in your marriage.

I know the pain and anguish of experiencing miscarriage and infertility, and I see others in my counselling practice grappling with it every day.  The irony is, raising children is one of the most difficult things to do.  Believe me, it comes with its own set of challenges, even for the strongest of couples.  Fortunately, our innate drive to reproduce causes most of us to disregard this reality...otherwise human beings would have died off centuries ago!

A recent article in Psychology Today, raises the question of whether modern parenting styles are creating even greater marital discord than existed in the past.  A study by researchers John and Judy Gottman found that two-thirds of parents in their study were very unhappy after the birth of their first child.  Many studies have found that marital satisfaction drops precipitously after the birth of the first child and only improves significantly after the last child leaves for school. 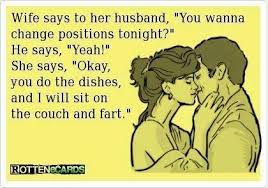 The article suggests that our increased focus on our children is having a negative impact on marital relationships. One study found that 9-in-10 new parents report serious sexual problems soon after having children.  The Gottmans' research has found that the couples who are most likely to transition well to parenthood, are those that are least child-centered!  They claim that most of us expect more from our marriage and relationship but we actually devote less time and attention to it.

Now, as a parent of young children, I know the idea that we are devoting too much time to our children sounds shocking.  After all, we have been told it is impossible to spoil a baby, and socialized to go to whatever lengths necessary to get our children a leg up.  That's what being a good parent is, right?

Author of the article, John Gartner, however, argues that children nowadays are overly coddled and it would do them some good to not have us hovering around all the time, giving them an audience for everything they do.  He also points out that if you devote some of that time to nurturing your relationship with your spouse, which leads to a stronger marriage, than this is beneficial for your children as well.

What do you think? Should parents spend more time on the marital relationship and less time obsessing over their offspring? 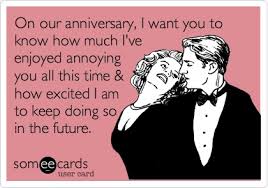