I have been wanting a Sodastream for ages.  I love the palate-cleansing effect of carbonated water, but don't like the cost and waste of buying bottles and cans of club soda (seltzer for you Americans).  I also don't want the girls drinking pop (soda for you Americans).  Adam has a bit of a Diet Coke habit, I am also hoping to help him replace it with a healthier option.  So when Adam asked what I wanted for an anniversary gift this year (our 13th is on May 19th!), I knew the answer immediately.

After doing some research, I ordered one from Kitchen Stuff Plus, and it arrived just a few days later.

OMG, I love it!  It is so simply and it cuts down on cost and is super eco-friendly.  It doesn't even use electricity!

I have been using it everyday and simply experimenting with different combinations of teas and flavoured stevia drops.  Of course, it is also great with just a squeeze of lemon or lime, but I am trying to limit exposing my already worn tooth enamel from too much acid.

So far, my favourites are, cherry vanilla stevia, vanilla chai tea with a few drops of English toffee stevia, and green tea with lemon stevia.  Mmm, so good! 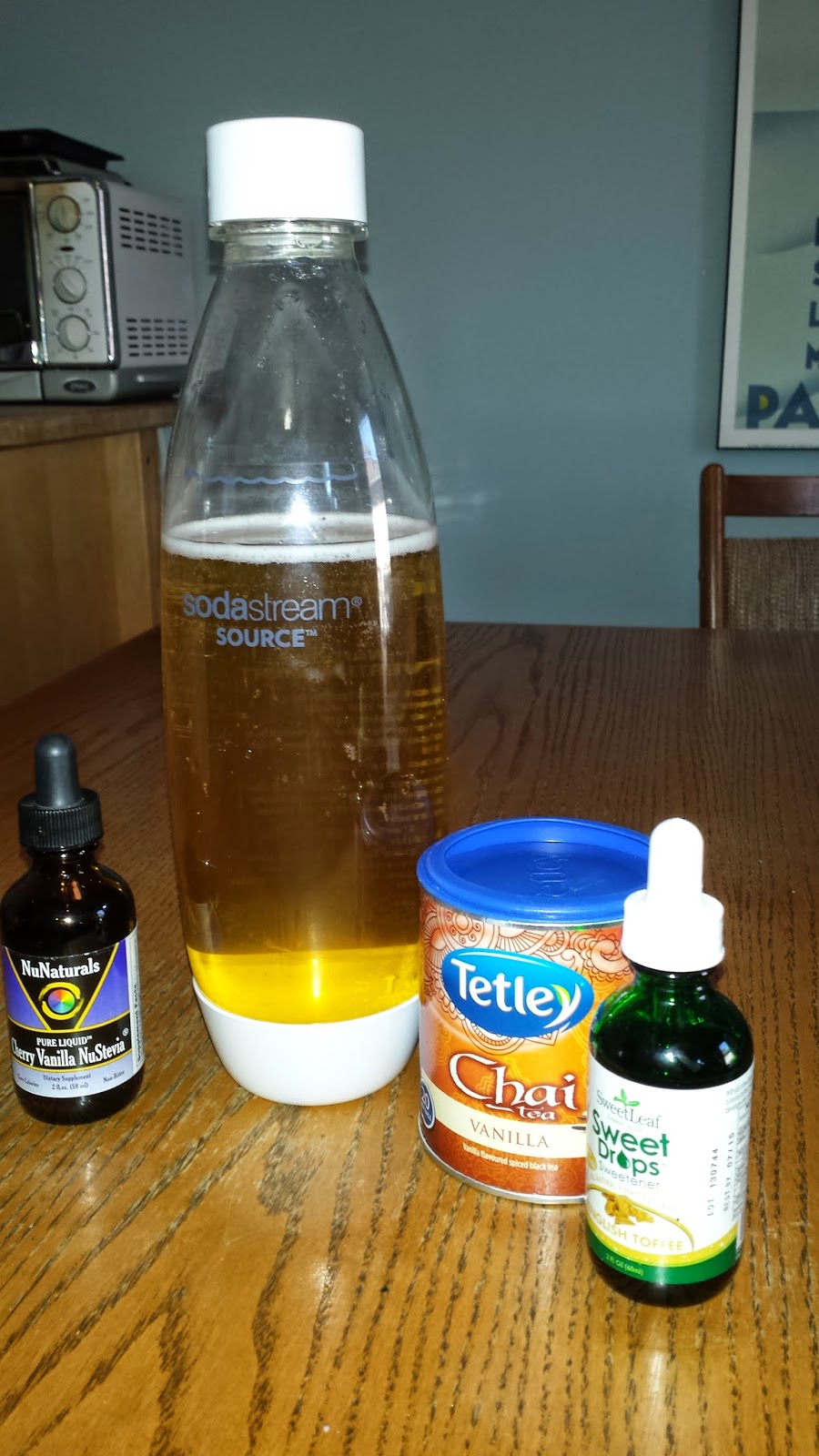 The only thing that I haven't been able to do is figure out a good substitution for Adam's cola.  We bought a bottle of the flavouring mix, but he doesn't love the taste, and it's pretty much just as unhealthy as regular diet cola you buy.  Its not the cola taste that Adam is so keen for anyways, but he uses cola as a source of caffeine.  Unfortunately, I haven't yet figured out how one would add caffeine to a liquid.  So I'm still working on that.

Seriously, there are so many ways to create, yummy, healthier sodas using these machines, its time to give up the crap you buy and make it homemade!!
Posted by Healthy Life Lessons at 4:47 AM