Despite missing out on a romantic anniversary celebration last weekend, we still managed to have a lot of fun.  In particular, on Monday when Little A was finally feeling better and was being less pissy, we managed to have a great time.

In the morning, we picked up Big A's boyfriend, and took the kids to the playground at their school.  There were other friends of theirs' there too, and we ended up staying for almost 2 hours.  Then we went back to our house for lunch.  Big A and her boyfriend are so cute...they held hands walking back from the park to our house.  Big A said to me, about him, at one point: "He is NOT hard to look at..."  Like where does an 8-year-old learn to talk like that???  Hysterical!

Later on, 3 of Big A's girlfriends, who had been away at Brownie camp the weekend of her birthday party, came for dinner.  I ordered pizza for them and they danced away playing Dance Party on the girls' new Wii.  A few of the parents stuck around when they dropped off the kids, and I convinced one to enjoy a little Prosecco with me, in honour of our anniversary...mine and Adam's that is, because Adam didn't feel like a drink.  While the kids played inside, the adults sat outside on our back deck and enjoyed the gorgeous weather.  After eating, the kids put together a musical performance for us, which the parents were forced asked to watch.  The girls had a great time.

I am also pleased to say, that I took down all the girls' art I painted for them a few years ago, which is now too babyish for them, and I managed to complete 4 new ones to hang in their rooms.  Big A got the modern pieces... 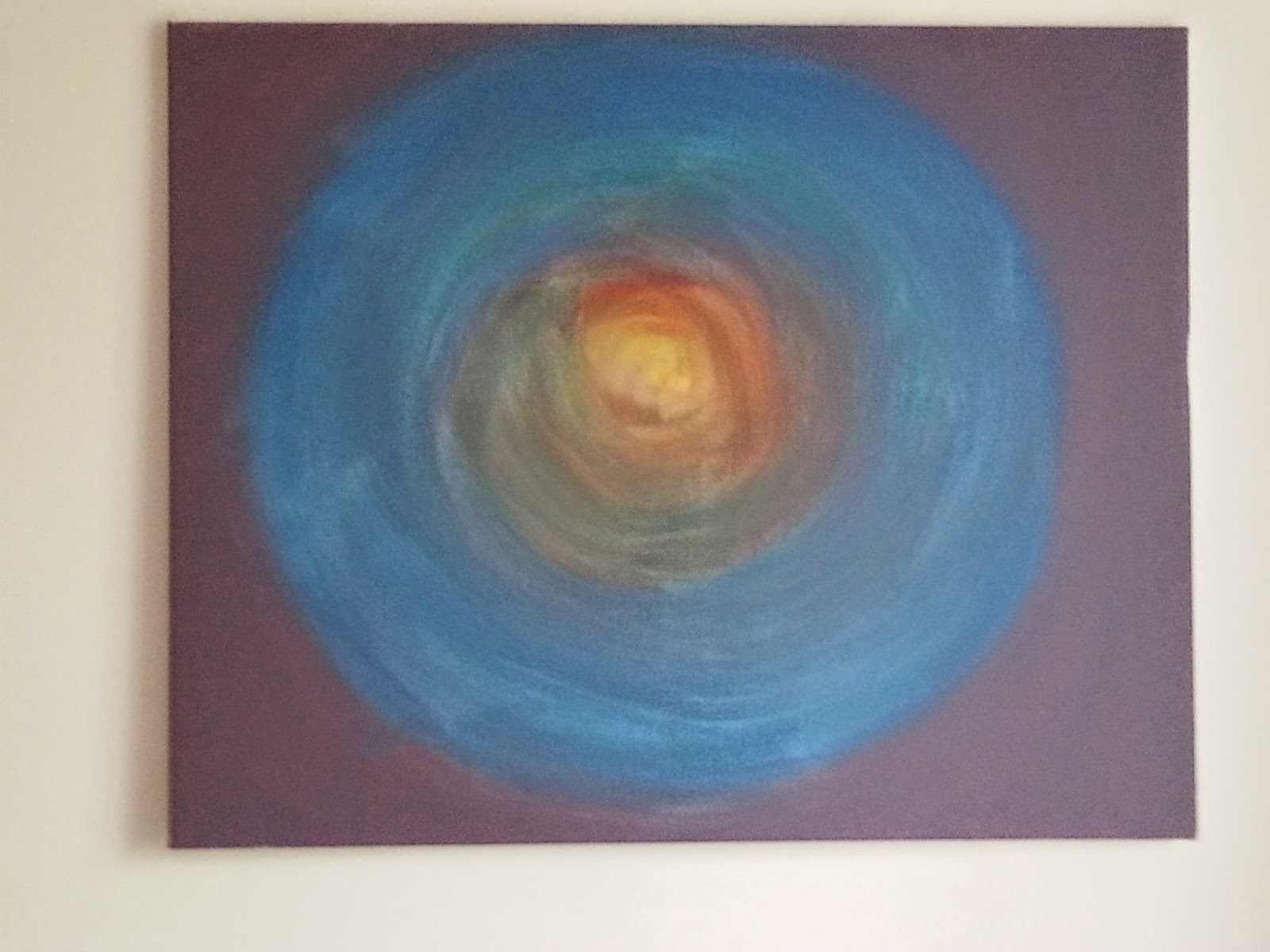 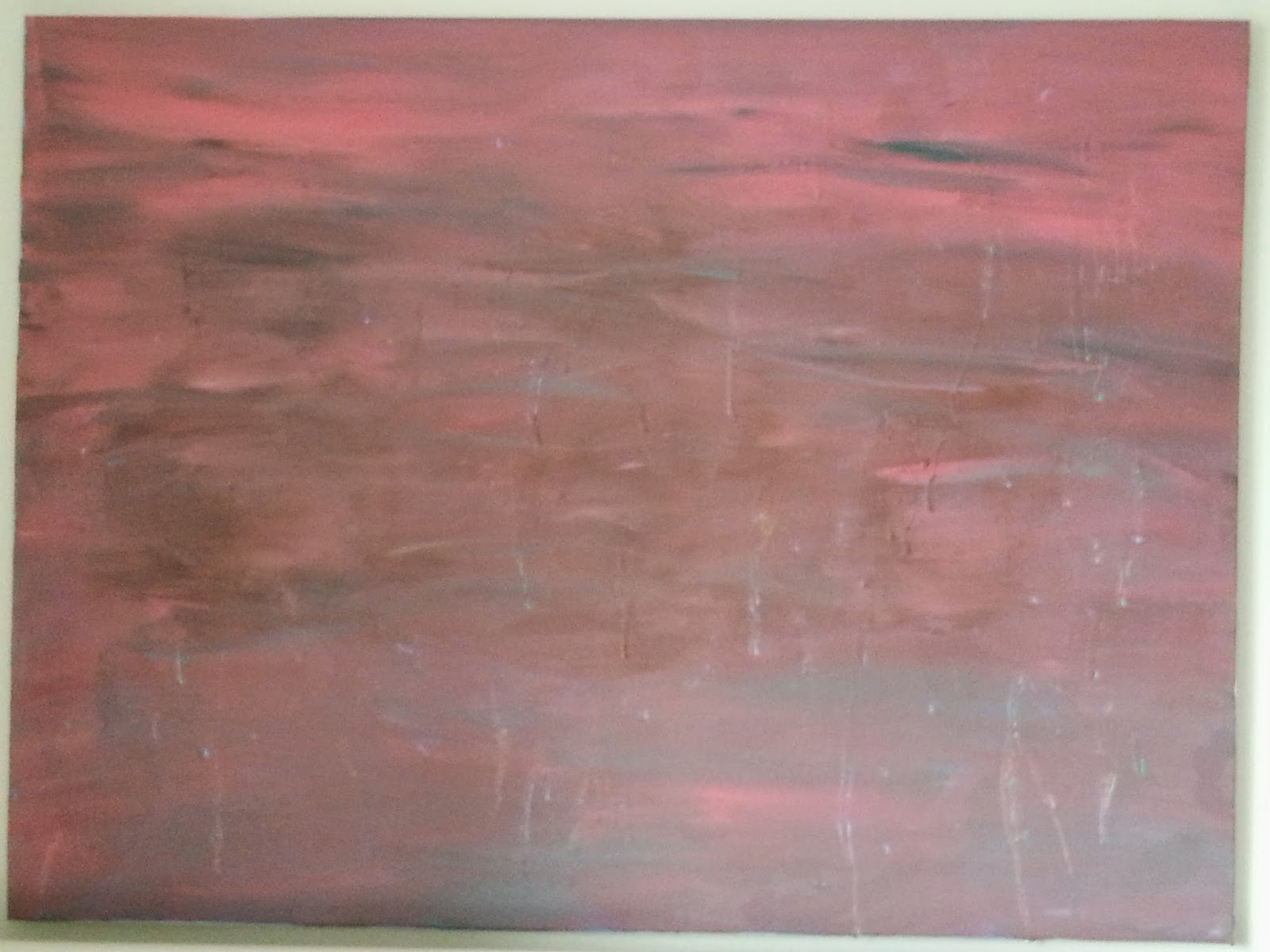 ...While Little A got the more traditional, kid-art pieces: 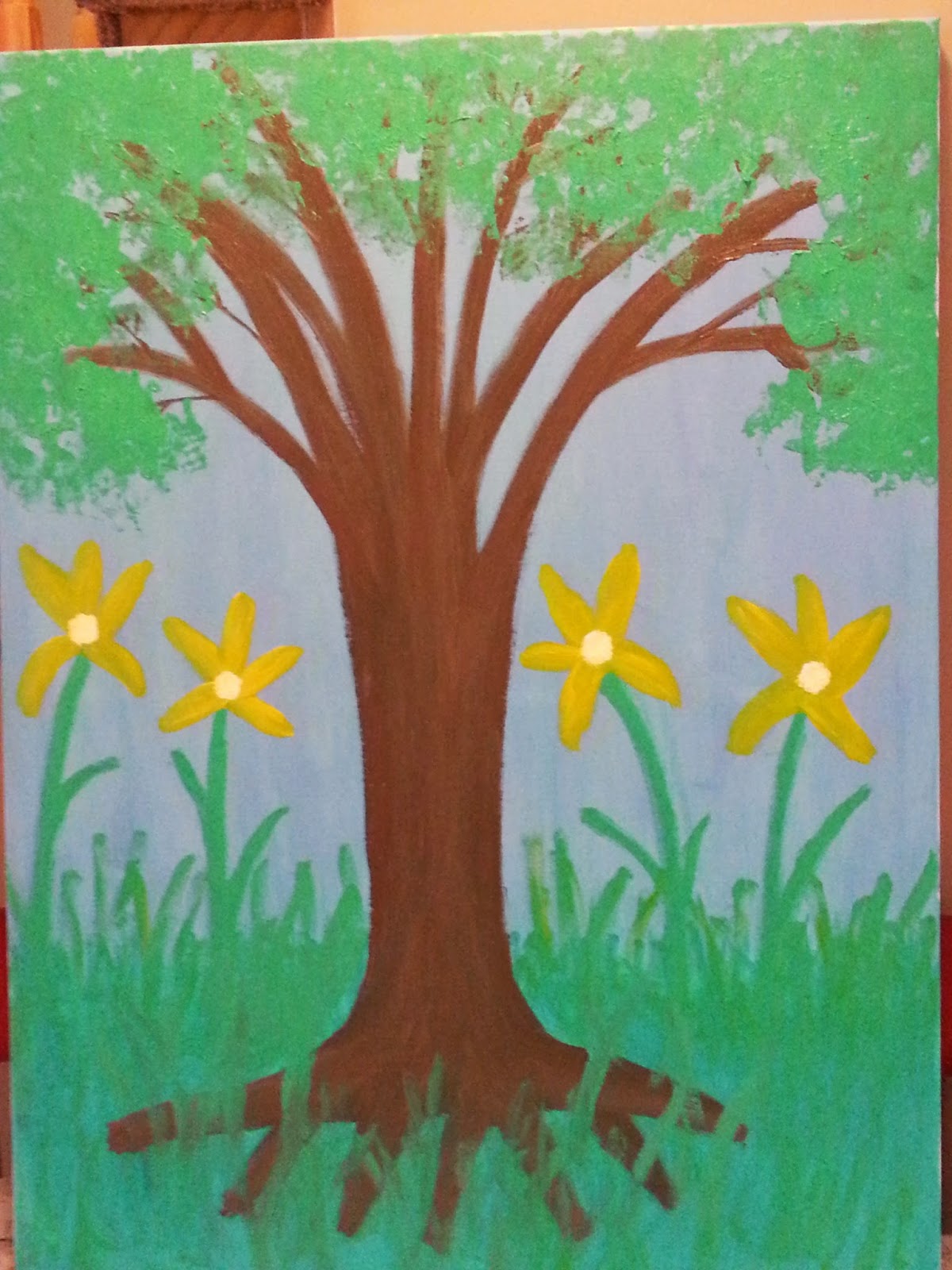 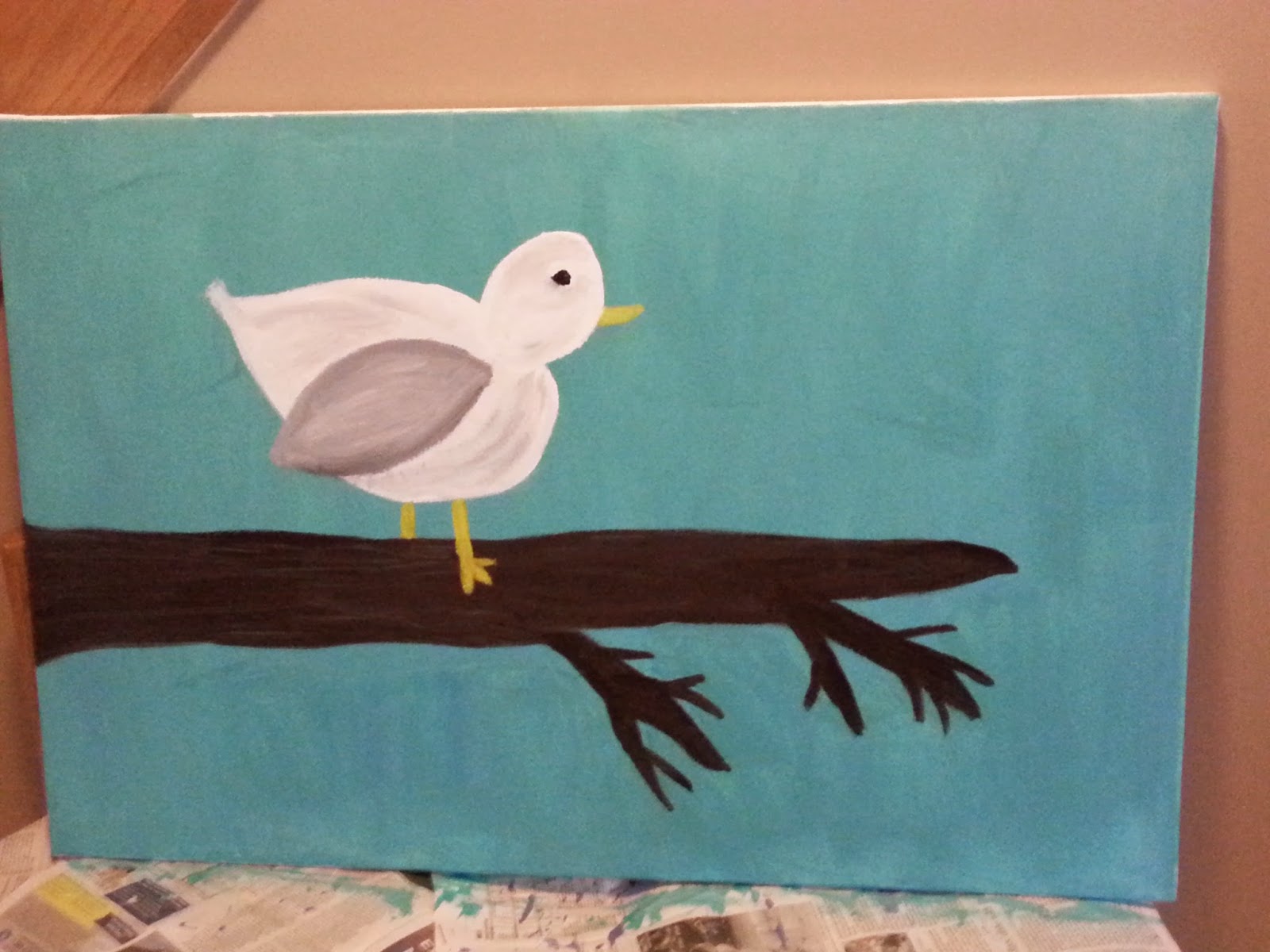 I know I'm no artist, but I really enjoy it anyways!

Of course, after a fun weekend, I got payback in spades from Little A who has been insufferable the past few mornings.  I have had to do some silent meditations to get the children to school without completely blowing my fuse.  Please, someone tell me they will be easy teenagers!

Enjoy your Thursday and remember, tomorrow is Friday!
Posted by Healthy Life Lessons at 4:21 AM