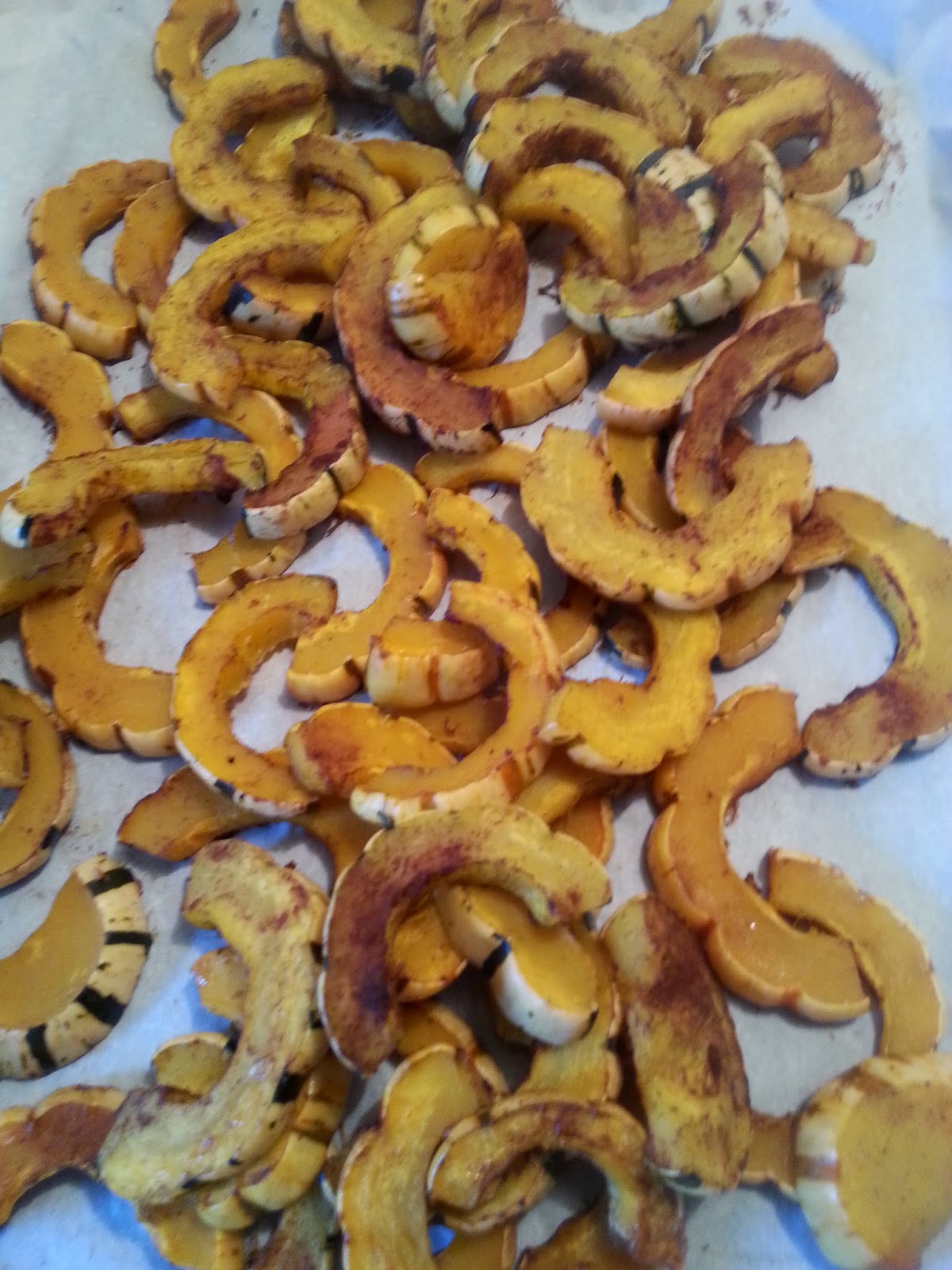 I fell off the orange veggie wagon for a while.  For some odd reason, during my child bearing years I lost my taste for squash and sweet potatoes just like I lost my taste for pink fish.  Weird huh?  I was into red meat and white potatoes.  Did my body need stuff in those things?  Who knows??

Fortunately, I am back to my normal self and have now lost my taste for red meat again...white potatoes I no longer crave, but squash and sweet potatoes?  Oh yeah baby!!

I've mostly been gorging on sweet potatoes, but I have also recently been demolishing mass quantities of squash.
When I was a kid, my mom made squash a lot, but usually only Butternut and Acorn.  Always mashed with a bit of butter and cinnamon.  I loved it.  But now there are so many more varieties widely available.  I've heard so much about Delicata and Kabocha, both extra sweet varieties with skin you can eat, but didn't often see them around.

This autumn, however, they're everywhere!  I've been making both and loving them.  They are denser and drier than the squash of my youth, so mashing isn't really what you want to do with them.  Instead, I toss them with a bit of coconut oil and cinnamon, and a pinch of salt and stevia and roast them.  So so so so good!  So good!!

I like Delicata more than Kabocha because: (1) Its even sweeter and not as dry as Kabocha and a little lighter, and (2) Its a heck of a lot easier to cut.  Although, cut a Kabocha squash and you can really skip your upper body workout at the gym that day!

This isn't really a recipe, since I don't measure anything, but basically, take squash, wash, cut, discard seeds (or season and roast them separately!), toss with oil or butter, cinnamon or pumpkin pie spice and whatever else you desire (pinch of salt, cayenne for a kick, etc.), and roast for 30-40 minutes until golden and tender.  Open mouth. Insert.