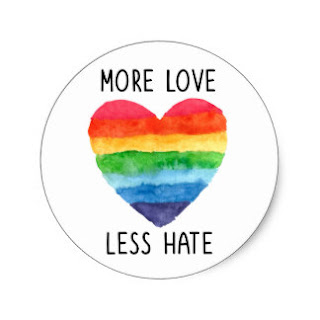 If I had to sum up what 2017 was like for me, I would say pretty great on a personal level but horrendous on a global level. Though there is obviously overlap. The political is personal.

This is a health blog, but I could totally write a daily blog blathering about politics and existential issues. In fact, I would be lying if I didn't admit this is what is on my mind most of the time these days.

Unfortunately, it feels like there were so many horrendous events over 2017 that I've lost count. The one that put me over the edge though, was Charlottesville. I felt a deep anxiety beginning after that, that just seemed to get more overwhelming as time went on.

A few months afterwards, my friend gave me the novel, The German Girl, to read. It is historical fiction set around the St. Louis tragedy. The St. Louis was a boat full of almost 1000 Jewish Germans seeking refuge from Hitler in 1939. Cuba initially promised they could come, but when the ship arrived, Cuba refused all but a few. The ship sailed around the world looking for a country to take the refugees, but they were refused by all (including the U.S. and Canada) except for about 200 that settled in England. The rest were forced to return to Germany where they were all sent to concentration camps and murdered.

This story was not new to me, I wrote a paper on the St. Louis for a history class in 2nd year university, but for some reason, because of the current political climate, it really struck a chord. Every time I picked up the book to read, I started having a panic attack. But I had to keep reading (yes, apparently I am a masochist!).

Finally, in a meeting with some of my fellow therapists one day, I asked if I could bring something up that was weighing heavily on me. I started trying to describe the events around the St. Louis and became so emotional that I broke down sobbing. It took a long time for me to get the story out because I was so overwrought. My colleagues listened with empathy and concern as they saw my distress. At the end I explained that I had a growing terror of what was in store for us given the terrifying events emerging around the world, ones suggesting a normalization of hate, fear mongering, racism, anti-semitism and bigotry. They all got it and handing me tissues until I had gotten my emotions under control. At the end of this episode I was quite shocked and a bit embarrassed by it. Until that moment I hadn't realized quite how upset I was.

I guess the good news is, that I walked out of that meeting feeling much lighter and more optimistic. Why? I don't know, but obviously I needed to get that off my chest.

A few weeks later I attended a viewing of the documentary Germans and Jews that was held by our synagogue. This was also helpful for helping to rebuild some optimism for me, as it focuses on the reparations that have gone on in Germany following the Second World War. Seeing how a Jewish community is now flourishing in what was Ground Zero for the Holocaust was comforting.

I don't make new year resolutions but one of the goals I have for 2018 is to help fight this awful growth of hatred and intolerance that has emerged, and also to help with the #metoo cause and put an end to sexual violence against women. I encourage you too to ditch the juice cleanse and commit to something far more important. I promise the outcome will be far better for all of us!