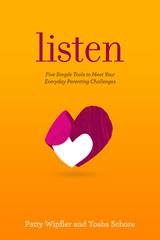 I don't post much about parenting anymore because aside from all the funny stories I could share with you about what the girls do and say, I don't have much new to report.  Not much wisdom, anyhow. I think parenting an area where my skills are lacking, to be honest.

I must be doing something right because both kids are doing very well.

Little A got straight As on her final report card this year, which blew us away, she is super social, and really the only negative feedback we get from teachers is that she can be bossy. No, she doesn't get that from me ;)

Big A does well in school, is extremely self-confident, is a very independent thinker, and she shows compassion and a remarkable interest in social justice (this summer she has become determined to help the homeless woman who has taken residence in our neighbourhood, bringing her food and ice water whenever she can, and even asking if she can give the woman her allowance). Teachers generally rave about her.

At home is a different story.

Overall, Big A causes us the biggest headaches, primarily because she is messy to an extreme.  We have endless battles with her over this and it just never seems to get better.  Also, she is often defiant about following rules or just completing daily tasks.  She gets distracted easily and is often slow to get moving in the morning so getting her to move quickly is a challenge, and she is a very picky eater who changes what she likes and dislikes on a daily basis.  I feel like her and I are engaged in battle all the time.

Our challenges with Little A are around television (she is an addict) and her sense of entitlement (give her a treat or privilege and she just wants more...and more...).

The greatest challenge with have with the girls, however, is the fighting, and in that, they are on equal ground.  They are both competitive with each other, and often selfish and inconsiderate.  They fight ALL THE TIME!

I'm a psychotherapist. I have analyst the situation from every angle. I have read lots of books, consulted experts, bounced ideas off my friends...and I still feel like I come up empty in terms of finding any solutions. I haven't bothered reading any more parenting books for a while because I'd kind of given up.

But giving up doesn't mean I am not still frustrated and wishing I had more skills to deal with my parenting dilemmas, and, in particular, the sibling rivalry stuff we have going on. So I happily agreed to review Listen from the folks at Hand in Hand.

If I had to boil down the philosophy behind this approach. I would say its that the secret to addressing almost every challenge with your children is making them feel heard and connected to you.  This isn't all that unique and I've heard it before.  I've tried it before, but like most things, it has worked only inconsistently.  For example, Big A is a complete drama queen over every bump and bruise.  This is quite normal for toddlers, but it got so annoying that I explored the best way to handle it and read that if you provide empathy even when the child's reaction is disproportionate to the situation (which hers always is!), then they will stop using it as a go-to for attention. Um, well, fast forward to today and she's 10-years-old, and still a drama queen about this stuff!

Admittedly, we long ago gave up the pretend empathy (it really does get old after a while!), so perhaps we do need another kick at the can.

The authors, Patty Wipfler and Tosha Schore, describe a strategy they call "Staylistening" is giving your child your full attention and ear when they are upset, regardless of how ridiculous or irrational the trigger.  You don't try and fix the problem, but just ensure they feel their emotions are being heard. Also, they suggest "Playlistening", which is a strategy Adam uses a lot, which is basically distracting the girls out of a mood by goofing around with them and making them laugh.

As a psychotherapist, I will tell you that everyone definitely needs to feel heard and to have their emotions validated.  But it isn't always easy to do this as a parent.  I often didn't feel heard by my own parents, so I am great at supporting my girls in the ways I feel my emotional needs were not met, but they seem to get upset by much different things than I did as a kid, so I have a great deal of difficulty remaining patient and empathetic about their concerns. This is my big challenge as a parent: my kids have very different personalities than I do (or did), and I lack patience.  I also have a lot of sensitivity to noise.  Certain noises, in particular, drive me nuts, like the bathroom fans, our screaming tea kettle, and the girls fighting.  As soon as I hear conflict start to arise, I can feel my anxiety escalate. I am always at a loss as to how to handle it.

What I like in this book, is that they address the stresses and strains parents deal with, how we bring our own emotional baggage to our parenting, and that we need support, and to support each other.  But I am not sure their approach is the magic bullet.

First off, you don't just need a lot of patience for Staylistening, but you also need time.  If you have 15+ minutes to let the tantrum/conflict play out in the way they describe, great, but, unfortunately, this isn't always the case.  For me, a great deal of the conflict happens in the morning when we have no time.  I am usually dragging them out of bed, and there is no way I am going to do that earlier so we have "special time" like they suggest.  Special time is time set aside for each child to do whatever he/she wants and to give each child undivided attention.  I do think this is a great idea, but in our house, mornings will not work.  But it does have me thinking about designating a bit of special time for each of them each week (not when we're rushing to school/work). I do already try and do this, but during the school year things are nuts because the girls want to be involved in so many activities, and I work a lot of weekends and evenings, and my schedule is unpredictable.

In terms of sibling rivalry solutions, there is a section on it, albeit a small one.  I decided to try their suggestion of offering empathy to both children, regardless of who's to blame.  The thing is, often both kids are equally 'guilty' because its stupid stuff like fighting over who gets the cereal box first. Yes, I guess I could empathize how hard life is because they each don't have their own cereal box but its tough when what I really want to do is dump it over their heads.

One day after picking them up at camp I said I wanted to stop at the grocery store.  Both of the girls said they wanted to stay in the car.  Fine. I was going to be 5 minutes and no coaxing would change their minds anyways.  As I grabbed my purse to go in, Little A asked if she could sit in the passenger seat.  Sure, why not? Immediately Big A wanted to sit in the driver's seat, and I knew this was leading towards a battle. I suggested she stay where she was and keep the whole backseat to herself while Little A moves to the front so that they are as far away from each other as possible and both have ample space.  She began complaining about how unfair it was, so finally I told her she could sit where every she wants and I stormed off into the grocery store.

I fully expected to get back to a full on civil war, so was surprised to see Big A sitting in the passenger seat, and Little A back in her booster seat.  Huh? When I asked what happened, Little A reported that Big A screamed and cried demanding the passenger seat so finally Little A gave in. I commended her for accommodating her sister's wishes, but things quickly deteriorated as Little A explained it was only because of Big A carrying on, which led Big A to burst into tears and start screaming again, justifying herself by saying her back was hurting and the only place she felt comfortable was the passenger seat. WTF? This was the first I'd heard of her back hurting. I wanted to throw the eggs I just bought at both of them, but instead decided to try the empathy thing so they both felt heard. As they began bickering over it again, I cut in and said to Little A, "I'm sorry, that must have been hard to have to listen to her crying." Than I said to Big A, "I am very sorry your back is hurting, back pain sucks, when we get home we'll see what we can do about that."

The result? Dead silence from both of them! Not sure, however, if the empathy was enough to pacify them, or if they were just in complete shock that I wasn't yelling at them to stop fighting, as per usual.  I guess I'll have to try it again and see what happens.

So do I recommend this book? I actually do, particularly if you are more patient than I am and if these ideas are new to you.  Unfortunately, there are no guarantees that any particular strategy will work for you, its kind of trial and error, but I guess its worth it to keep trying.

Disclosure: I was sent this book to review but all opinions on this blog are my own.
Posted by Healthy Life Lessons at 5:06 AM