Long-Weekend Activities in the GTA

August 05, 2014
If you think its hard to raise children in a big city, well move to Toronto.  This city has its issues (traffic, traffic, traffic, shitty transit system, disgrace of a mayor...), but there are so many things to do with the family, its really awesome.

Here's a snapshot of what we were up to this past long weekend.

Saturday the girls and I got a much needed haircut at a new place.  I have to give a big shout out to Troy at Republic of Hair.  My usual hair dresser is away for August, so I was scrabbling to find somewhere we could all go.  This place is right near the JCC, in our favorite 'hood and when I checked the prices on the website, they were beyond reasonable.  He charges $25 for kids, which is the same as those crappy kids hair salons, and $45 for adults, which is about half of what most salons in Toronto cost.  When I called to book, he was so nice, it sealed the deal.  Although the space itself is not fancy or luxurious, he uses great hair products and gives great cuts.  And major attention to detail!  He is a perfectionist and spend over 2 hours doing our hair!  Admittedly, Little A started getting impatient and he doesn't have any reading material or toys for kids.  But we were all thrilled with the results of our new dos and Troy was really great with the girls. 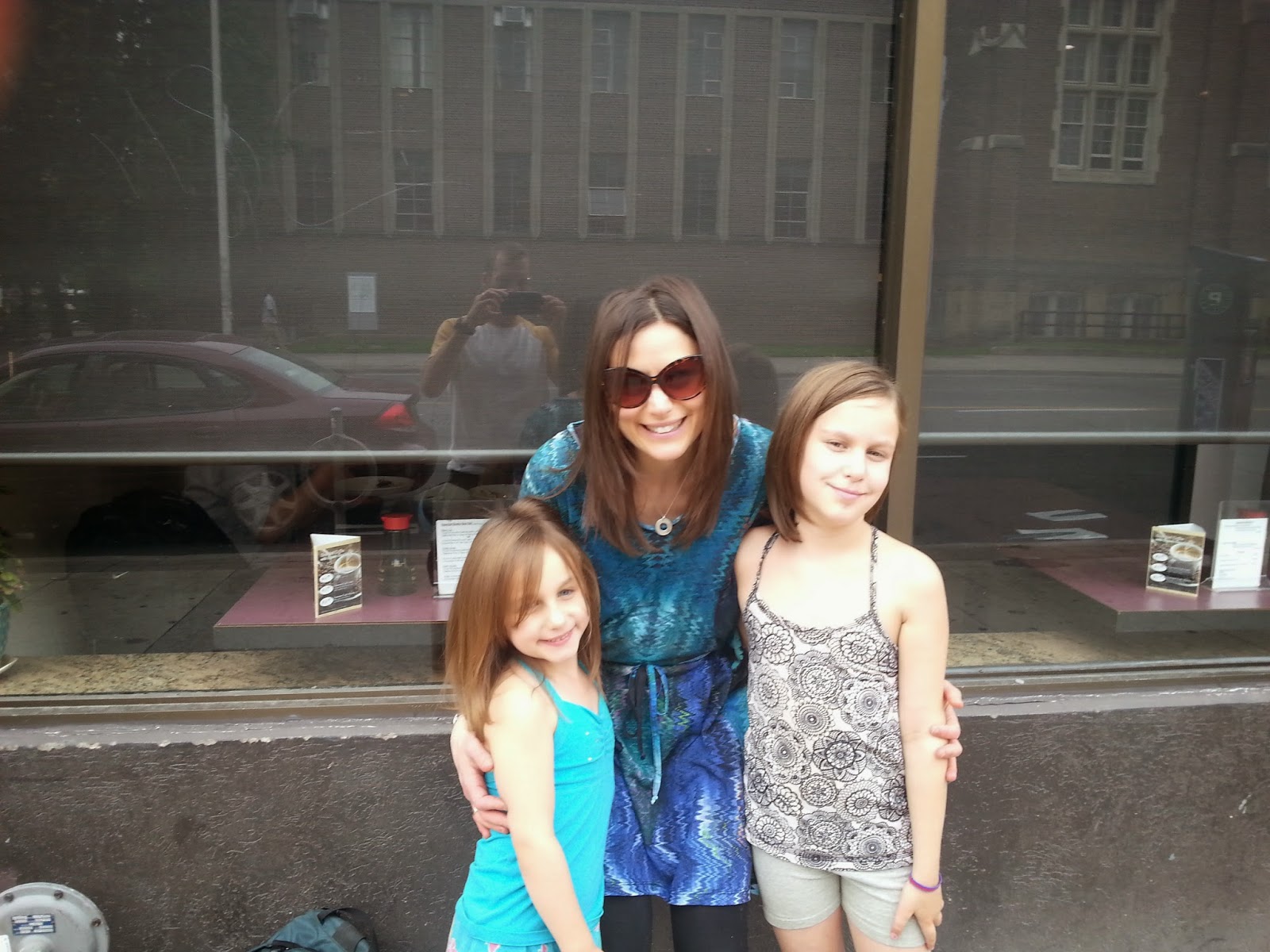 Sunday we took the girls to Woodbine beach and they had an absolute blast playing in the sand and water...even though the water was pretty cold! 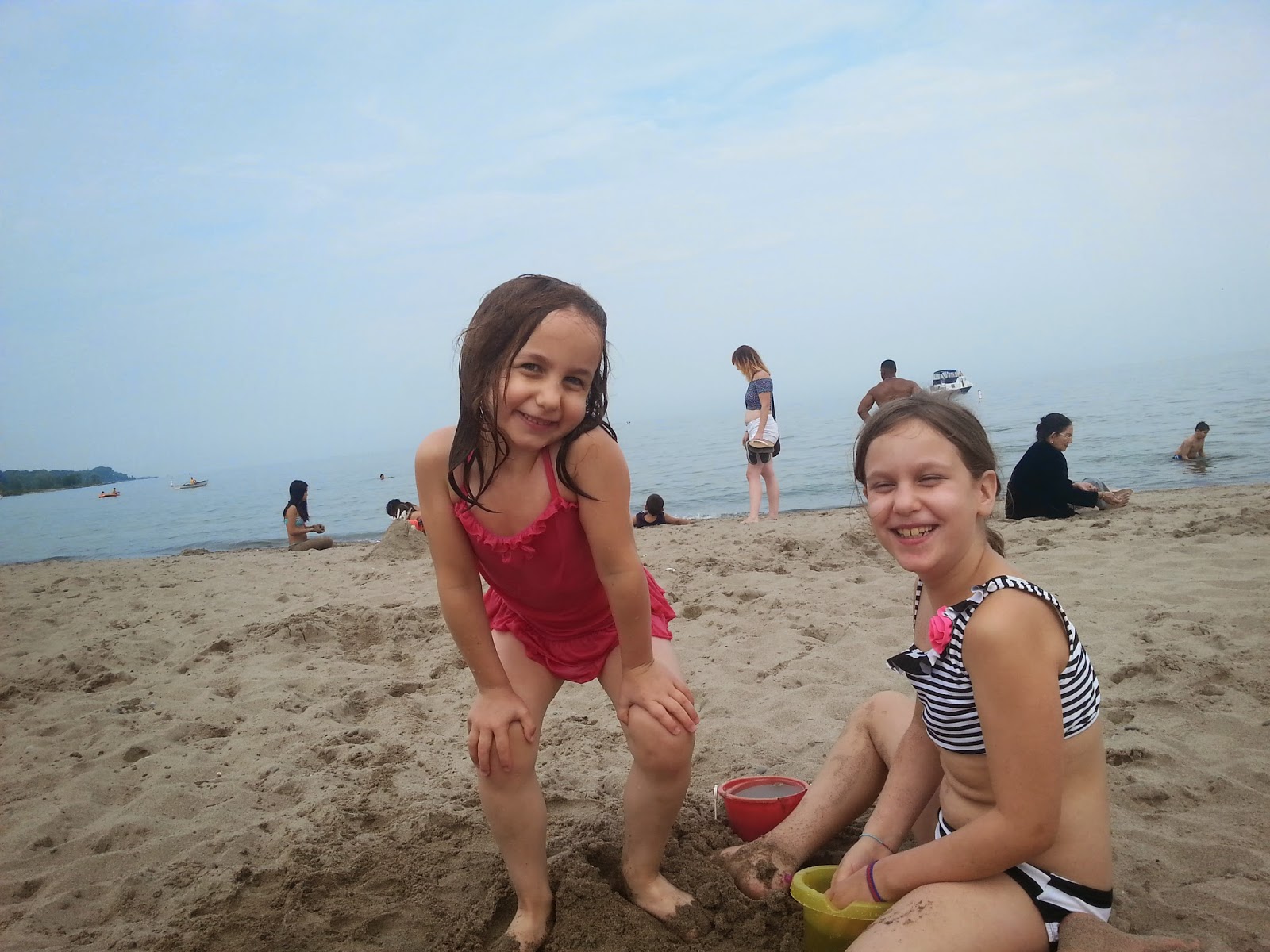 On the holiday Monday (yesterday), we checked out Andrew's Scenic Acres for some berry picking.  We picked mostly blueberries...5 lbs worth!  To be honest, I didn't even know you could pick blueberries within easy driving distance of Toronto.  I thought they were mostly grown in the Niagara region (as well as B.C., and P.E.I. out of province).  I was only aware of strawberry, apple and corn picking at local farms.  Turns out there are farms like this one where you can pick pretty much anything!!  After we finishing our berry picking, the girls got pony rides. 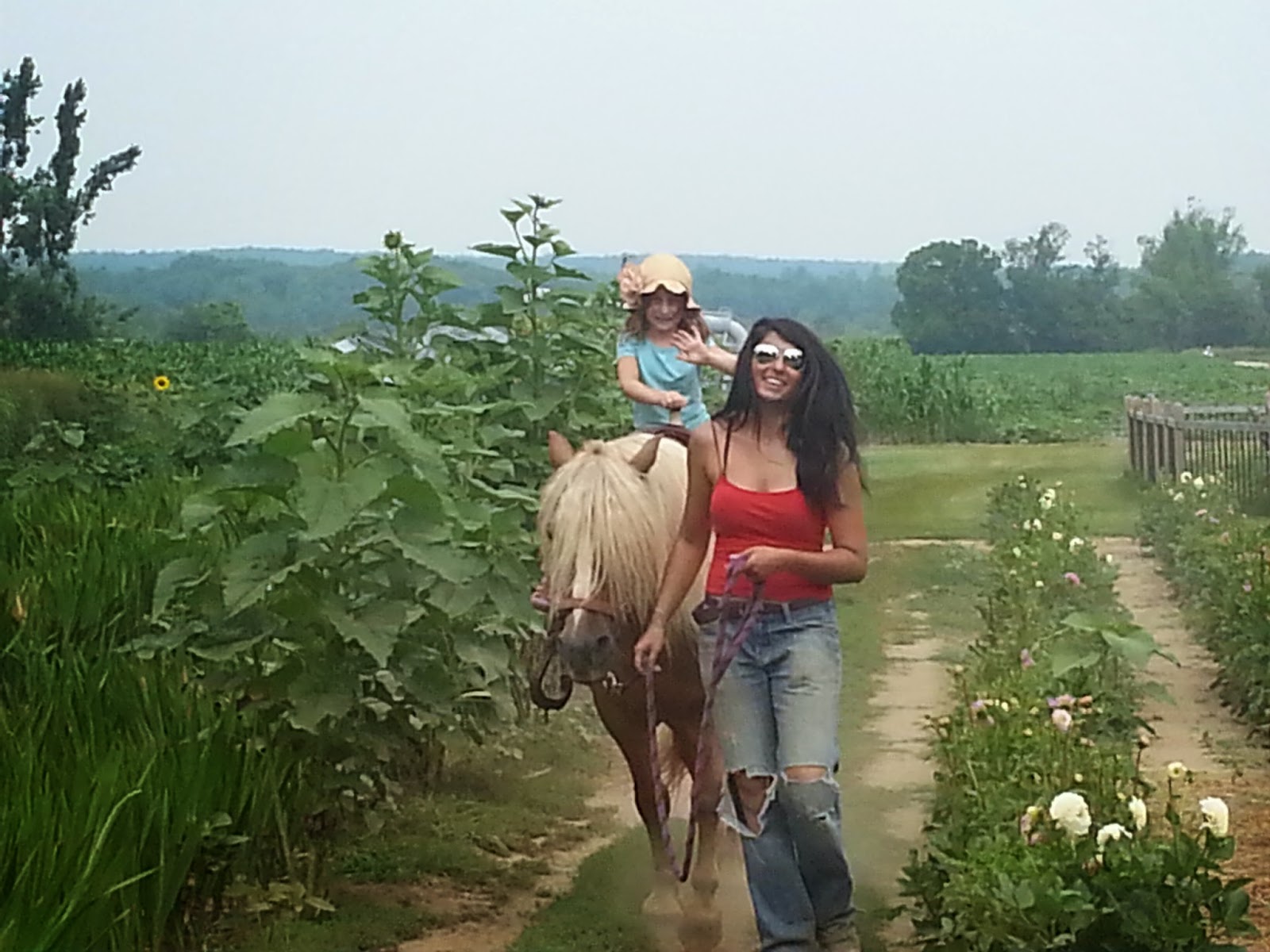 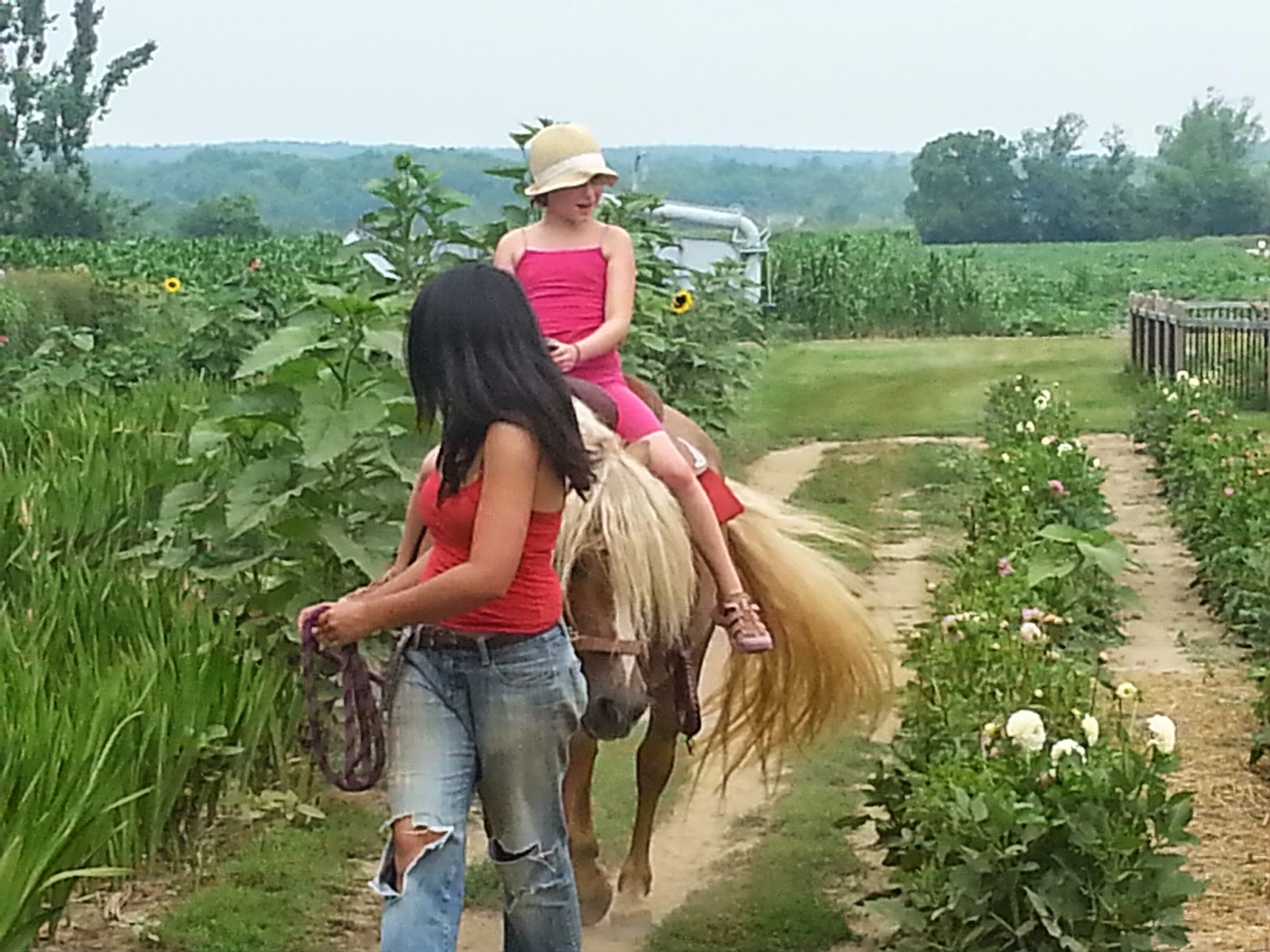 Yesterday afternoon I did a 10km walk with my team in preparation for our charity walk in September.  We are expecting to be a wee bit sore after walking 32km!  Its not a race, but its a long time to be on your feet...on pavement!

Oh well, all good things must come to an end, and so we begin another week.  Have a lovely Tuesday!