I Am the Luckiest Woman

Say hello to my little friend... 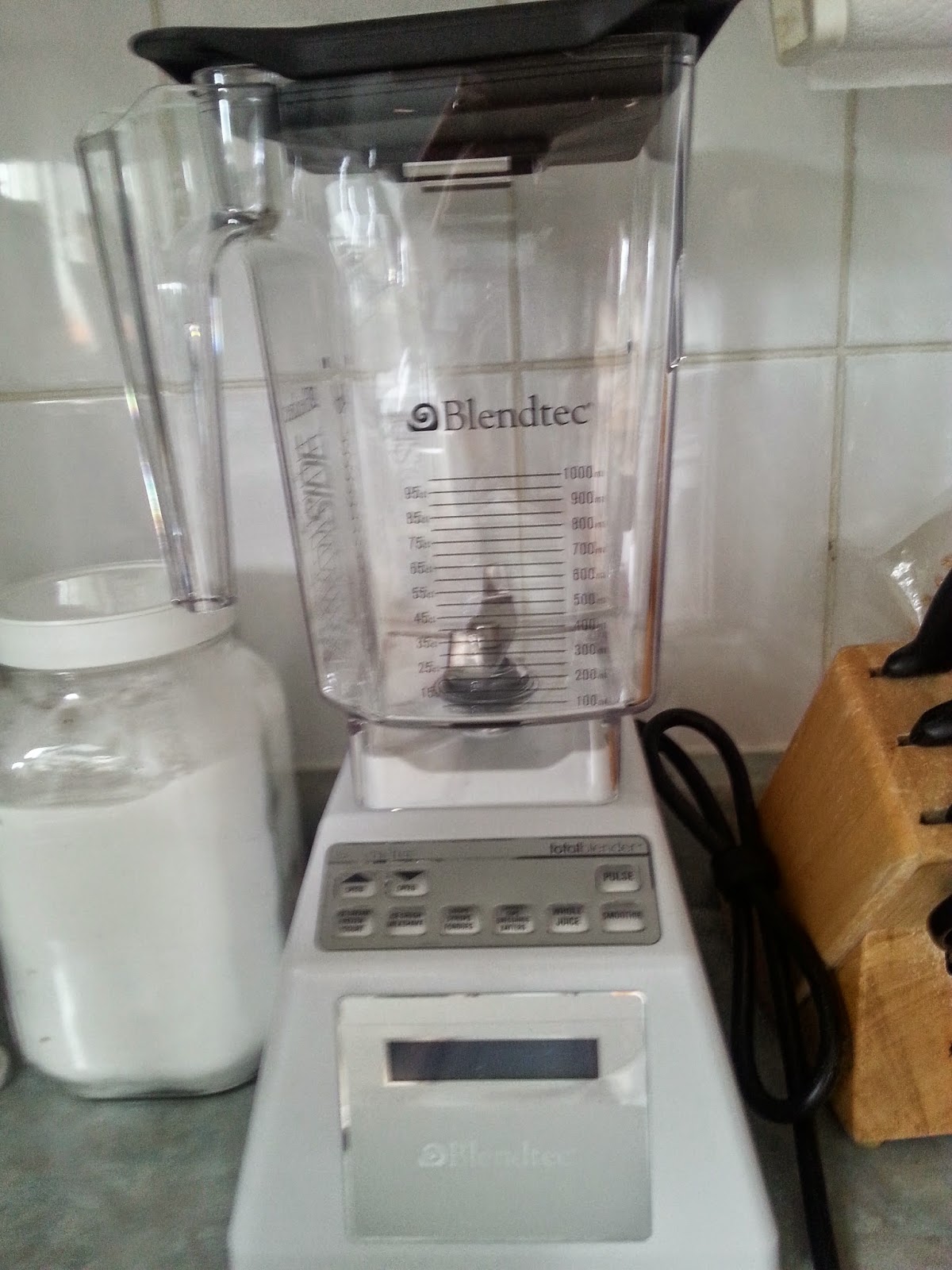 Okay Adam may not love vegan food nor giving me back rubs, but he is still a pretty awesome husband.  He decided I should have a high speed blender ASAP.  Now granted, my $30 Big Boss has been on its way to dying for a while (blade got loose so liquid would leak out bottom into the motor (not good!), but these things are an investment!  That being said, I've been using it pretty much daily since getting it.  The girls want smoothies, I want coffee frappes and I've been pureeing fruits and veggies and even making baked goods in it.  Oh my, it totally rocks!  I have also been using it, whenever possible, instead of my Kitchen Aid food processor because it is so much easier to clean...which is a huge added bonus, in my mind.

So the weekend in New York was bittersweet.  It was nice to see family I haven't seen in a long time, but it also made me sad as usually my grandmother would be there when I would see these cousins.  Ironically, the last few years since dementia struck and she was moved to the nursing home, I would just feel like she had no quality of life and it seemed so incredibly tragic for a woman who was, up until that point, so active and vibrant.  Yet since she passed away, I can only remember her as she used to be, which makes me miss her terribly.

The 3 things that everyone at the funeral agreed about that made my Grandma Ruth so incredibly special were:
1. Incredibly smart and intellectually gifted.  She had a college degree, which is unusual for a woman of her generation and she aspired to have a career, but it never happened because of family responsibilities.
2. She was very giving.  She gave up her career aspirations when her younger sister had a stroke in her 30s and cared for her and her 2 sons (their father was already dead).  She then took care of both her parents when they became ill.  Also, many cousins reported that she was their biggest confidant in the family, and they would always go to her with their problems and concerns.
3. She was breathtakingly beautiful.

New York City will never be the same for me either.  NYC was my grandmother and my grandmother was NYC. She knew the city so well.  Until she got sick she walked the city as much as she could and took full advantage of all the cultural activities it has to offer.

I know she was in her 90s, but she was someone that, somehow, you always figured would be there.  Everyone at the funeral said this too...

I guess all I can do is be grateful to have had her in my life as long as I did!

Okay, so here I am, back to life in Toronto.  At least I can drown my sorrows in cooking and baking healthy food, one of my favorite past times.

Between the Blendtec and our Sodastream, I am in food heaven right now.  What are you cooking with these days?
Posted by Healthy Life Lessons at 4:32 AM