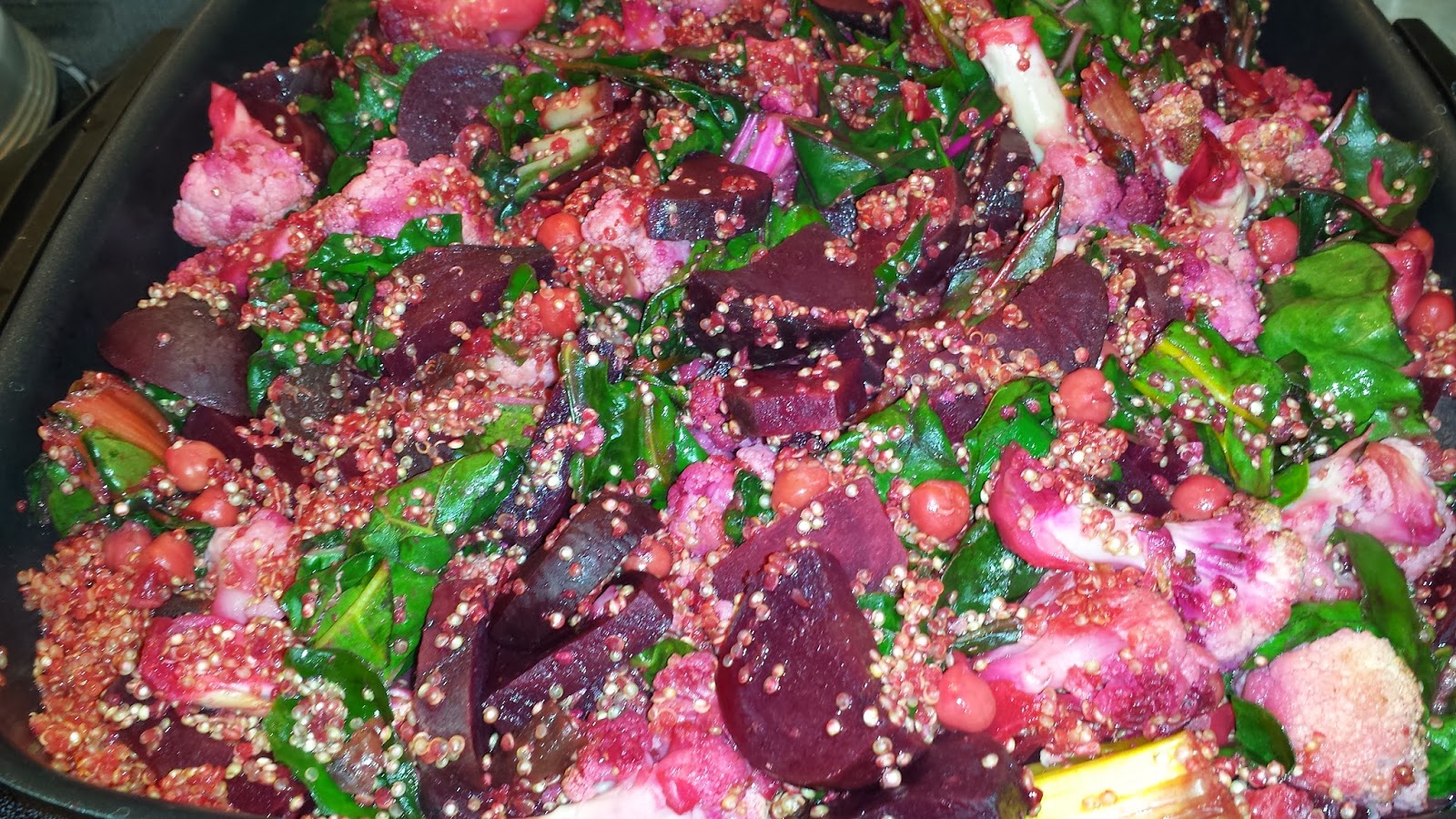 This dish was inspired by the beautiful organic beets my lovely neighbour Lisa gave us last week.  I love beets and I decided they were the perfect ingredient to create a super-healthy Valentine's dish.

Admittedly, my love doesn't get all that turned on by beets...nor by most grains, beans or greens.  These things are more my thing.  But he doesn't have to worry, I will be sure to make him one of his favorite meals (anything involving chicken, pizza or pasta) next weekend, which is Valentine's weekend, after all.

Nevertheless, while Adam confessed that he was initially scared by how healthy this dish appeared, he was surprised by how good it tasted.  It's never going to rank up there as one of his favorites, but then he has never been a big fan of quinoa and the most complimentary thing he says about beets is that they are 'fine'.

I think this dish rocks, and even the girls were thrilled by the colour, the beets turn everything purple...Big A even stole a few pieces of the cauliflower (the girls would never actually eat this whole dish because they don't like different foods mixed together), and declared it "Yummy!".

If you use beets with their tops attached, you can use them in place of the rainbow chard, but I found this package at our market and couldn't resist picking some up. 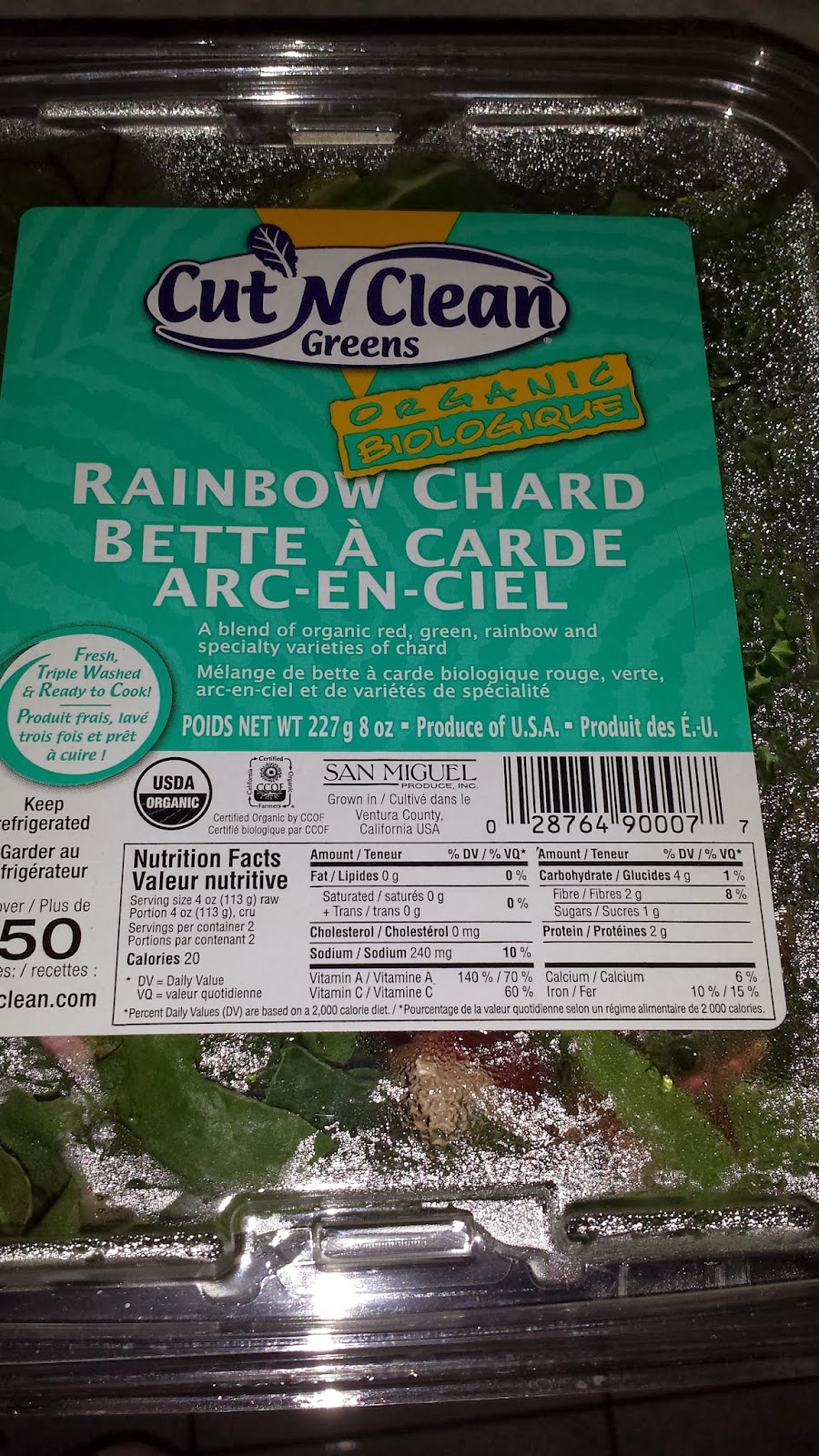 Just be warned that you may pee purple the next day.  Adam got quite the scare for a minute thinking he was going to have to visit the urologist!

6 beets, washed, trimmed and sliced (you don't have to peel them if they are organic)
1 head cauliflower, cut into florets (you can even use purple cauliflower, if you want!)
1 tsp coconut oil, melted
Salt and pepper, to taste

Toss beets and cauliflower with oil and season, to taste.  Spread on parchment-lined baking sheet and roast at 400F for 35-40 minutes.

Combine quinoa, spices, coconut milk and water in a deep skillet or pot.  Bring to a boil and reduce heat.  Add chickpeas, roasted beets and cauliflower.  Simmer until most of the liquid has been absorbed.  Stir in greens and continue cooking until they have wilted.  Adjust seasonings to taste.  Makes about 4-6 servings.  Refrigerate leftovers for up to 4 days or freeze.

Posted by Healthy Life Lessons at 4:35 AM