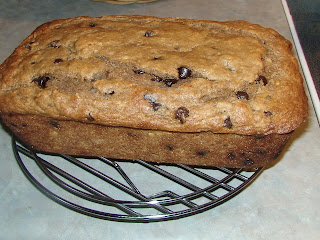 Happy Monday!  How was your weekend?  Ours was good, thanks.  Big A had a big night out Friday.  She went to a kids movie night at a local community centre with one of her friends and it didn't end until 9:30pm.  She got home at 9:45pm (I was already in bed reading), and didn't get to sleep until 10pm.  This was all very exciting for her.  Despite sleeping to 7am Saturday, she was bagged, and after a busy day and another late night (we went to friends' for dinner), she passed out in the car on the way home.

Little A had an awesome day on Saturday.  She was the happy, delightful Little A that I feel like we haven't seen much of lately.  Sunday we had a Purim party which was lots of fun.

The only downer this past weekend was that on my way to teach my spinning class Sunday morning, I lost my cell phone.  Since it is the primary way clients reach me, I was in a big panic.  I went out looking for it, but in the snow, it was hopeless.  I hoped a good samaritan would find it and figure out a way to contact me, but it didn't happen.  So I went out and bought a new one and had my number transferred.  Then this morning a guy Facebooked me and said he found it and would like to get it back to me!  Although it's kind of too late to matter since I already bought a new phone and transferred the number, it warms my heart that this man DID perform a random act of kindness.  Much better outcome than when I left my wallet in Pearson Airport in 2007 when Adam and I were going with Little A to New York.  I was so hoping the same thing would happen, however, it did not.  But there ARE good people in this world and that makes me very happy!

Okay, on to the topic of banana bread...

I know I've probably got half a dozen variations on banana bread or muffins floating around this blog, but this one really is the bomb.  I think it's the coconut sugar that is the key.  It's hard to believe it is actually a healthier alternative to refined sugar because the stuff tastes just heavenly.

I've named this recipe 'dangerously delicious' because it is crazy addictive.  I made muffins out of it for my brother's family a few months ago and my sister-in-law called a few days later for the recipe because she said her kids were eating the muffins like it was crack.  It's basically another variation of the recipe I adapted from my mother-in-law.  It's healthier than most, but still a bit of a treat with all the coconut sugar (when I bake for our household I mostly use stevia or other non-nutritive sweeteners).

I made the big banana bread loaf with chocolate chips for the girls' daycare staff.  Despite the Toronto District School Board teachers strike on December 18th, they bent over backwards to keep the daycare open all day long to accomodate parents.  We were all so grateful!  To thank them, I whipped this up.

This past weekend, I made the recipe into little mini muffins for our Purim party, and once again, they were a huge hit.

Whisk together wet ingredients in a large bowl.  Whisk together dry ingredients in a small bowl.  Add dry to wet and stir, just until mixed.  Add chocolate chips or other add-ins and fold into batter.  Scrape into greased loaf pan.  Bake at 375F for 20 minutes.  Turn heat down to 350F and cover top with foil.  Bake another 40 or so minutes, or until a toothpick comes out clean.  Let cool and remove from pan.  Freezes well. 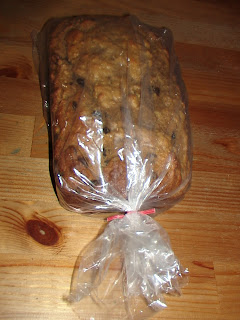