I can't believe that this past weekend was the first time I had ever been to the U.S. capital.  I am part American, after all, and actually the ONLY Canadian born person in my entire extended family.

But better late then never, as they say.

What a lovely city!  I actually liked it MORE than San Francisco and Chicago...but of course, like most other cities, it doesn't compare to New York.

The weather wasn't stellar the first day.  There was a rain storm, along with heat and extreme humidity on the Friday, that worsened over the course of the day.  We got to the hotel around 1pm and Adam and I had a quick lunch before he headed to his conference and I left to go exploring.

I took the bus out to Georgetown, since EVERYONE told me I had to see it.  Inspite of the rain, I had a lot of fun exploring this quaint neighbourhood.  Lovely shops and beautiful historic buildings make it a definite destination point for visitors.  I found the famous Georgetown Cupcake bakery and quickly got in the long lineup of customers, but after a few minutes realized that: (1) I don't like cupcakes, and (2) Any cupcakes I picked up for Adam had no chance, in this hot, humid, wet weather, to make it back to the hotel intact, so I left.

I also explored the Dupont Circle neighbourhood on foot before returning back to the hotel.  We stayed at the Grand Hyatt, which was lovely.  It is located in a convenient spot, right near public transportation, has large well appointed rooms, and one of the most impressive gyms I've ever seen at a hotel.  Unfortunately, Adam wasn't working out because he's nursing a torn calf muscle, and I was taking a real rest vacation, which included no working out.  I've been working out hard lately and felt like my body (and mind) needed a break.

The only real problem is that the phone in our hotel room didn't work.  This created a bit of an issue for us Friday evening when Adam got back from the conference.  It was past 7pm, and we were both tired and hungry.  Adam didn't want to walk far because of his calf injury and I had already gotten soaked by the rain when I was out previously, so both of us wanted to order dinner in to the hotel.  Since our phone didn't work, we attempted to order online.  After wasting about 30 minutes trying to complete an order from an Afghan restaurant, we realized it was quite far and doesn't actually deliver to the hotel.  We then found an Indian restaurant closer by within delivery range, however, providing a Canadian billing address meant that the computer system wouldn't accept the order, and we couldn't call the restaurant to explain (neither of us have cell phone plans that work in the U.S.).

Finally, ready to tear each other's heads off out of hunger, exhaustion and frustration, I suggested we just suck it up and walk to the restaurant.  It couldn't be that far, I reasoned.

Ha!  It was many more blocks than I estimated, and by the time we arrived at Rasoi, Adam's calf was burning and we were both soaking wet.  We must have looked absolutely pathetic!  Nonetheless, the staff were warm and welcoming and we were treated to a delicious meal.  I indulged in a succulent lamb dish, the first red meat I've eaten in I don't know how long, Adam got a tandoori chicken dish, and we shared a green pea and cauliflower curry.  Very yummy!

Saturday the weather was gorgeous.  Sunny and not too hot.  Adam went early to his conference.  I grabbed a quick breakfast wrap near the hotel and walked down to the subway to head over to the Eastern Market.  I love markets and I'd heard the best breakfast in D.C. can be found there on Saturdays.  I definitely still had stomach space after my mediocre egg wrap.  Just before I hopped on the subway, I noticed a bicycle rental across the street.  The city's streets are filled with cyclists and they have bicycle rental and Bixi-type things everywhere.  Intrigued, I went over to check it out.  Within 30 seconds the folks at Bike and Roll had me convinced and I was outfitted with a hybrid bicycle, helmet and lock, all for $35 for the whole day.   I sailed off and arrived at the market in a fraction of the time it would have taken me either by subway or on foot.  No sore, aching legs from walking on pavement, and I got to sightsee the whole way - which would not have been possible on the subway.  It was fabulous!!

I had a great time exploring the market, however, the 2 hour wait in the never shrinking line up for the famous buckwheat blueberry pancakes was too much for me, so I didn't get to sample the breakfast.  But there was an abundance of gourmet foods, fresh produce, arts and crafts, clothing and flowers.  I bought the girls and my niece handmade hair bands by a lovely woman with very cute products.  You can check out her company here: Preppy Style.

I have to say, Washington is a much more bike-friendly city than Toronto!  Nice wide streets, tons of bike lanes and places to lock up bicycles, and the cars seem very comfortable around cyclists.  I was also surprised to learn that in parts of the city it's legal for cyclists to ride on the sidewalk, so long as you give right-of-way to pedestrians!

After the market, I hopped back on my bike, cycled past the White House and the Washington Monument, and rode to the Holocaust Museum, which was on the top of my priority list.  I could devote a whole post to my visit here, which I will perhaps do sometime soon, but I definitely recommend a visit to anyone who has the chance.

Next I went back up to the area near our hotel, grabbed lunch and popped into the famous Crumbs bakery.  Adam had seemed disappointed that I didn't bring him back a treat from the Georgetown Cupcake shop, so I got him a massive brownie cupcake, and I tried their chocolate chip sandwich cookies.  I have a weakness for cookie sandwiches with icing (not ice cream) in between.  I would have preferred if they had been oatmeal raisin cookies, but it was still a tasty and quite rich indulgence.   I tasted their plain oatmeal raisin cookies, however, and was disappointed.  Too crispy and not chewy enough for me, although I liked that they add cinnamon.  Unfortunately, neither of us tolerated all the butter, sugar and white flour too well.  All that crap on top of too little water and fibre during this trip did not make for a happy tummy!  I can't imagine how people's digestive systems function when they eat stuff like that on a regular basis.

Next, I hopped on my bike and sailed back up to the Dupont Circle area.  I was thrilled when I accidently stumbled onto a Whole Foods.  After doing a little happy dance, I raced in to see what things NOT AVAILABLE IN CANADA I could find.

I picked up a few handfuls of their store brand organic fruit leathers since the Kettle Valley ones the girls love have been discontinued. 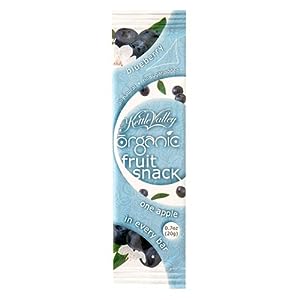 Yet another favoured product in our household that's disappeared!   Even if they like the 365 brand ones, it doesn't help me much as I have never seen them at the Whole Foods here and I have yet to find another brand that the girls like.

I also scooped up a canister of NuNaturals powdered stevia and a bottle of the clear liquid, since rumour has it, it is the best stevia out there.

They were out of the vanilla stevia liquid that everyone raves about.  Nevertheless, I can't wait to start baking with these products and see if they live up to the hype!  I don't know why this particular brand of stevia is not available in Canada, since a bagillion other brands of stevia are.  That kind of thing really pisses me off!

I also picked up some of their sea salt chocolate-covered caramels, which in spite of being a bit too sweet and too salty for my liking, I managed to polish off, as well as some fresh fruit, just so I didn't die of scurvy before the end of the trip.

I then cycled back to the Bike and Roll drop-off, returned the bicycle (renting it really made the visit for me, I will be doing it again on future travels for sure!!), and headed back to meet Adam at the hotel.

He just wanted to rest in the room, so I skipped out for some retail therapy and picked up a few things for the girls.

Saturday evening we once again wanted to eat at the hotel, so we ordered pizza, which is a treat for us since we rarely do so.  Unfortunately the pizza from The Upper Crust was mediocre at best.  Canned black olives instead of kalamatas, and a soggy crust, which they sent made from WHITE FLOUR instead of the whole wheat I clearly ordered.  Blech!

Sunday we didn't have much time before having to leave for the airport so we just wandered around the neighbourhood by the hotel.  Very little was open so early on a Sunday.  Doesn't anyone else wake up early on weekends besides me? Adam says no they don't.  Oh well.

I really liked Washington.  It was beautiful and interesting.  Next time I want to visit more of the museums, most of which are FREE!  The people are extremely friendly and very into fitness - lots of joggers and cyclists.  They also love to blast their air conditioning, which is bad for the environment, but good for someone like me who hates being hot.  I was surprised by how visible the homeless people are, much moreso than any other big American city I've been to recently.  I thought that was weird for the capital city.  There were also a lot of smokers, which makes me think the folks there either fall at one extreme or the other with health behaviours.  The other thing I thought was weird, was that aside from that Whole Foods I found, I saw no other grocery stores!  So either folks who live in the downtown area don't cook much, or they do all their shopping at the Eastern market on Saturdays.

Next American city on my list to visit: Boston.  Adam has promised to take me there for a getaway for my 40th birthday, which is - fortunately - still over 2 LOOOOOOOOOOOOOOOOOOONG years away!!
Posted by Healthy Life Lessons at 4:36 AM