We are done our second week of renos and things are taking shape.  Already I can get more of a sense of what the final product will look like and I'm getting excited. Its definitely important to stay focused on the goal because it really truly is a nuisance to live in a construction zone.

If only the frickin heat and humidity would die down, because I am still finding the toughest part to be spending so much time in our bedroom, which is the hottest room in the house.  Before the renos, I would often have to take my work down to Adam's study in the basement, but that's not been an option. How is it that in 2016, we still can't regulate central air better? The basement is freezing, the main floor cool and the top floor wretched.

Adam is eating his fuelfood.ca meals and supplementing with a lot of snacks.  Turns out they are really better designed for someone on a weight-loss diet and just aren't enough food for most normal people, but he is finding them tasty enough and definitely convenient, which is the point.

I am continuing with much the same simple meal plan as last week and am not sick of it yet.  Things are so busy its actually nice not to have to put much time or thought into my meals.  But eventually I know I'll start dying to cook again.  Already I am building up a list of recipe ideas I can't wait to try.

The girls are happily subsisting on bread (with chocolate cream cheese), smoothies, raw veggies (when forced), mac&cheese (organic, whole wheat at least!) and frozen lasagna.  We've also bought them a few meals including sushi, wraps, etc. to simplify things. Frankly, as long as they don't develop scurvy before the renos finish, I don't give a damn. I just don't have the time or energy to fight with them.

Bedroom workouts are fine, though Adam can't understand how I do it, but I think its partly doable for me because I'm so small.  A bigger person would definitely have more difficulty, but I don't need much space. He's been continuing to go to his gym before work to fit in shorter workouts.

Honestly, if you workout at home and want to gain upper body strength, without having to buys a bunch of dumbbells, get a TRX home gym, like the one I bought: 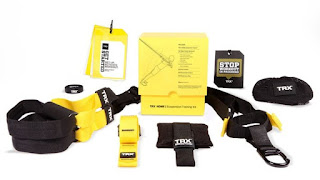 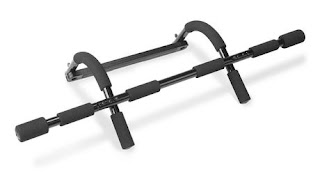 and you really can't go wrong!

Not having television really sucks. For Adam and I. I think its great for the girls, but watching our PVR programs in the evenings is how we like to relax and for now, that's out. On the upside, we end up going to bed even earlier than usual, which means more reading time for me.

I cannot believe this was the last week of the summer! Monday is Labour Day and the girls start school Tuesday. Of course, this is going to add a whole additional layer of stress to things with renos continuing, as will the beginning of all their extracurricular activities. I am trying not to think about it right now so I don't have a panic attack.

The worst part of this week was that I finally stopped avoiding my dentist and went in to get my tooth pulled. Blech! It didn't hurt while she did it but I could hear the crunched as it came out and that made me want to barf, as did her commenting, after it came out, "There is a bit of bone and tissue attached." Oh man, the grossness! Once the freezing wore off it then hurt like hell for the rest of the day.  Its alright now but still disgusting to think I have a hole in the back of my mouth, and very tender. Hot or cold beverages cause much pain and I have to eat on the opposite side only for a while.

We have no plans this weekend yet, but that was the case going into last weekend, which turned out to be crazy busy.  So we'll just have to see how things go.  Today we are taking the girls to the Ex, as we always do, the last Friday of the summer. I'm dreading it. Yeah, yeah, I'm a party pooper, so what?

Have a wonderful long weekend!

Posted by Healthy Life Lessons at 5:51 AM