Time to Step it up! 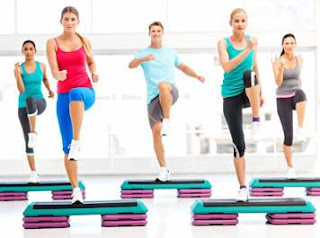 I started doing group fitness classes in 9th grade.  Back then it was called aerobics.  So that was maybe 1988.  About a year later, step aerobics came on the scene.  For me, it was love at first step!

In 12th grade when I became certified as a fitness instructor, it was step that I was most keen on teaching.

Though I ended up teaching classes of all kinds over the years (muscle conditioning, boot camp, aerobics, spinning, stretch, etc.), step always remained my favorite.

The step work in the Cathe DVDs I have (and, by the way, I still love these workouts!!), have reignited my obsession.  Its such a good workout, and its so much fun!! I don't understand why step has fallen out of fashion in the fitness world.  Just remember, the latest trends may be most current but that doesn't mean they're better than past trends.

I thought of trying some of Cathe's straight step workouts, but they looked really choreographed and is not what I'm looking for. My classes never had super complicated choreography.  First off, my brain can't handle that.  Secondly, most other people's can't either and my goal was always to give people a great workout and a fun experience, not to have them frustrated because they can't follow the steps.

Now there are some that want that complex choreography, but I always figured they can go find the instructors who do that.  I don't think I could teach that way even if I tried.  Besides, I wanted to be accessible to the greatest number of people.  For that reason, I was also very precise with my cueing.  I always gave my participants lots of warning about what steps we were doing and what was coming up next.  If any moves involves turns, then I got them into something simple like an alternating knee lift (so they were still moving and keeping their heart rates up), and then had them watch me demo the move a few times first.  Because if they are trying to turn with you and doing the move for the first time, they can't SEE you! Duh!

This is the kind of DVD I wanted to find for myself.  I did a lot of research and finally found 2 I thought would be physically challenging but easy enough to follow.

Ha! I could not have been more wrong! 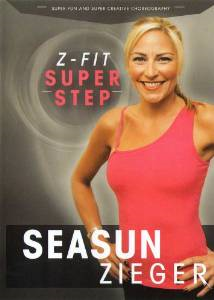 I didn't even get through the warm up before I started getting extremely frustrated. A few minutes into the body of the workout I started yelling expletives so loud Adam came to see what was wrong.  That was the end of it.  The second time I tried it I lasted maybe 2 more minutes before I decided I was never bothering with it again. Seasun has got to be friggin' kidding?!?

I also tried Tracie Long's STEP Forward DVD.  I didn't get further then 3 minutes into the workout. 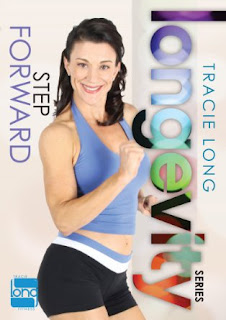 Like seriously, WTF? Now I am not the most coordinated person on the planet, but I don't think anyone but a freakin' professional dancer could pull this shit off!

Aarrg! I am very disappointed.  I will never, ever be using these DVDs.  I want to get rid of them but I am not sure I even know anyone who would want them.  Frankly, what I really want to do is take a hammer to both of them and pound them to pieces.

Years ago many of my step class participants asked if I would do a video they could use at home.  I kind of laughed about it but kind of think that would be cool. I could take on an obnoxious Jillian Michaels-like persona, or take myself way too seriously like Bob Harper.  So you may be wondering why I don't just do my own class since I workout at home anyways. The reason is, when I get up at 5am, I want someone else putting me through my paces without having to use my still sleepy brain too much.  So the hunt for a good step workout DVD continues...


Posted by Healthy Life Lessons at 6:08 AM