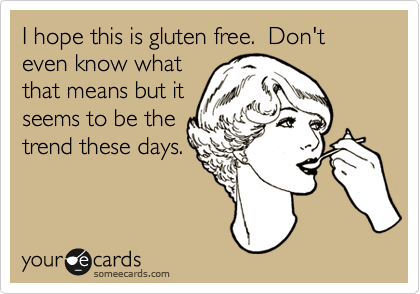 For as long as I can remember, I have always had a runny nose and congestion.  Always. 24/7, 365 days a year.  I get intense sinus headaches at times, and I snore a lot (or so Adam says!).

The runny, stuffy nose has been an issue since I was a little kid, but the sinus headaches didn't start until about 2000.  At the beginning nobody thought they were sinus allergies.  First, I was sent to an eye doctor, in case my headaches were caused by an issue with my eyes.  A prescription for eye glasses later, the headaches were still there.  Next, because I grind my teeth, I was sent to another specialist to see if I have TMJ.  Nope. I saw a homeopath (this was before I knew homeopathy was totally bogus) and took all sorts of weird tinctures and pills.  No relief.  Eventually I saw an allergist but all my scratch tests came out negative.  He suggested it was pollutants which they don't test for but really had not suggestions for treatment.  Finally, I was sent to a headache specialist at Sunnybrook and had an MRI and a CT scan of my head.  Geez, I wish back then I'd realized just how risky it is to have a CT scan!! Anyhow, everything came back clear.  He shrugged his shoulders and said maybe they were just tension headaches or some variant of migraines and gave me a prescription.  Whatever they friggin' are, they are totally unresponsive to pain meds.  I've been given Tylenol 3s, Celebrex and all sorts of other meds I don't remember and nothing helps.  I've tried every antihistamine out there and none do any good at relieving my congestion.  Nor do decongestants. My family doctor, who could look in my nose and see the inflammation of my nasal and sinus tissues said they were definitely allergy-related and prescribed me cortisone nasal spray.  This doesn't help either. She sent me to an ENT surgeon to check for structural issues (after all, my nose was broken in 2 places in 1999 in a cycling accident).  Nope, all is good there too.  Sigh!

So I just got referred to a new allergist and had the scratch tests redone this week.  Guess what?  All comes back negative.  Now this isn't unusual, Adam reminded me that after being rushed to the hospital for anaphylaxis after eating at a restaurant, his scratch tests turned up nothing either.  The allergist told him to still avoid eating the fish he'd ordered that night.  Anyways, the allergist had nothing to recommend except sending me to another ENT surgeon.  Sigh!

Desperate, I asked one of the naturopaths I work with if she had any ideas.  Not surprisingly, she suggested they do the food sensitivity testing.  Ugh!  I do want answers and would love to breath normally and not get headaches any more, but I already know how this goes.  It seems every friggin' person who does these tests gets told they are intolerant to wheat, gluten and dairy.  Like everyone!  Also, there is little to know scientific evidence that these tests are valid.  If you want to read more about that, check out this link.  By the way, I recently read a study that gave gluten to a sample of folks who all said they were gluten intolerant, without them knowing it.  And guess what?  They didn't get a reaction! Just sayin'.  Now do some people truly have food sensitivities?  Absolutely.  But these tests just aren't a reliable way to determine whether you have any.  Am I going to do them?  I dunno.  Part of me is curious just to see what will turn up.

As for the cause of my headaches and congestion? I am not too hopeful we'll ever figure it out, so I will try to be grateful that overall, I am a very healthy person.  The headaches have also been much less frequent in the past few years, so at least there's been an improvement.

This weekend is another busy one. I work tomorrow.  Adam has to drive to Kingston to pick up Big A from my parents' place.  Little A has a playdate, and Sunday we are going to see my brother and his family.  Have a good one!


Posted by Healthy Life Lessons at 5:26 AM