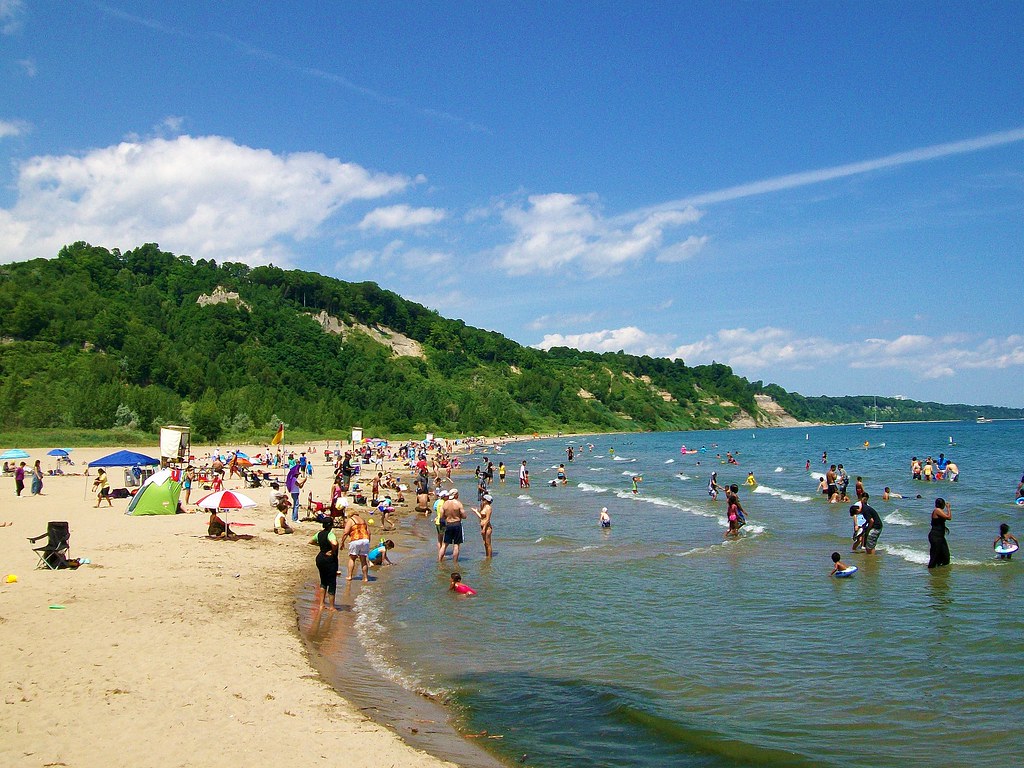 This weekend the weather was positively hellish.  My absolute most dreaded...over 30 Celsius and super humid!

We had plans to get together with my brother and his family yesterday, so we decided to go down to the water where it would be cooler.  He suggested Bluffers Beach (the beach near the Scarborough Bluffs) and since we'd never been (we always go to Woodbine), we thought that was a splendid idea.


Its not as busy as Woodbine (of course, it's all relative...it was still busy!) but is just as lovely and, of course, has the background of the bluffs: 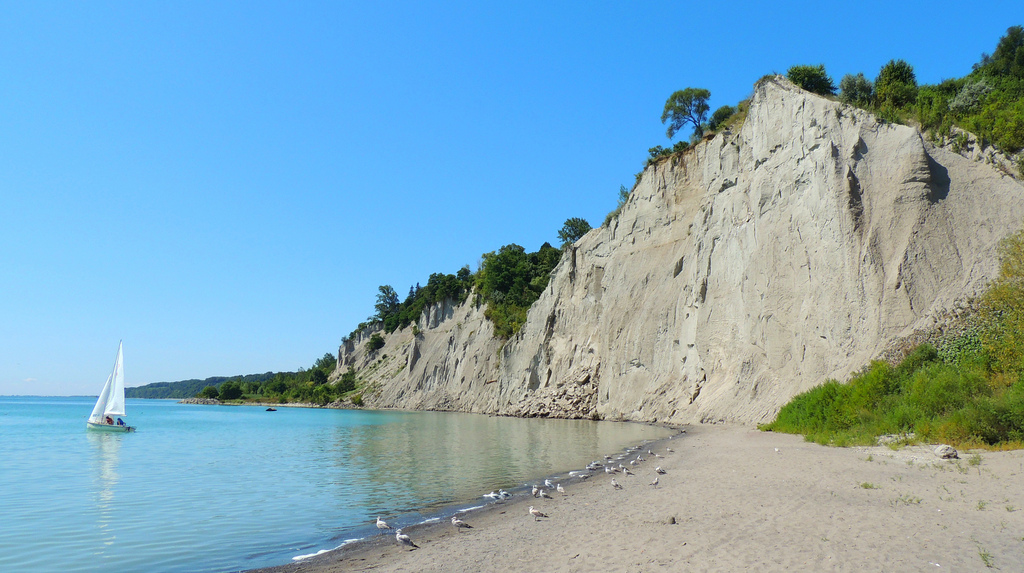 It was so damn hot I had to go dunk myself almost immediately after we arrived, and then went in and out a few times to keep myself from catching on fire.  I have to say, I watch the people slathering on oil and baking themselves like chickens with curiosity.  Even if you take away how dangerous that is for your health, I just don't get how feeling like you are going to ignite is pleasant.  But clearly my body chemistry is different from most people's. 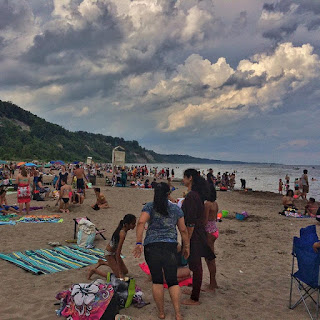 Anyways, the kids were all having a marvelous time and we were enjoying the beautiful scenery until suddenly a few raindrops began to fall (My brother took the above photo just as the clouds were moving in).  WTF?  We didn't move as we assumed it would be a little cloud burst.  But the burst quickly turned into a pounding until absolutely everyone was forced to pick up their stuff and bolt.  We were all stubborn and took our time as we were confident it would stop quickly but when it became torrential we followed everyone off the beach.  We got to the grassy picnic area﻿ just as things got totally nuts.  Little A started to get scared as the wind picked up (I lost my hat a few times) and we huddled under trees with other folks.  At this point we were all absolutely drenched, and now freezing.  Then just as suddenly as it started, the rain let up and then stopped completely and then the sun came back out.
My niece wanted to go back to the beach, but the rest of us were DONE!  We decided to head back to our cars at that point, especially since we had to park 20 minutes away.  Then Big A's brand new flip flop broke.  I couldn't let her walk barefoot all that way so I gave her my sandals and walked barefoot myself.  Thank goodness the pavement was relatively smooth!  Honestly, that was probably the furthest I have ever walked without shoes on!  The parking lot wasn't fun...believe you me!
By the time we got in the car, the girls and I were itchy and uncomfortable from all the sand in our bathing suits. It was a pretty icky car ride home, but I am not complaining.  The rain storm broke the humidity and now the weather for this week is looking much better (aside from today when its going to get up to 29 Celsius).

Its pretty awesome that we have a bunch of nice beaches right in the city and it took us much less time to get to this one than we anticipated.  Traffic was surprisingly light, but there is speculation that in anticipation of Pan Am Games mayhem there's been a massive exodus of locals.

Happy Monday!
Posted by Healthy Life Lessons at 4:40 AM