All That Ends Well... 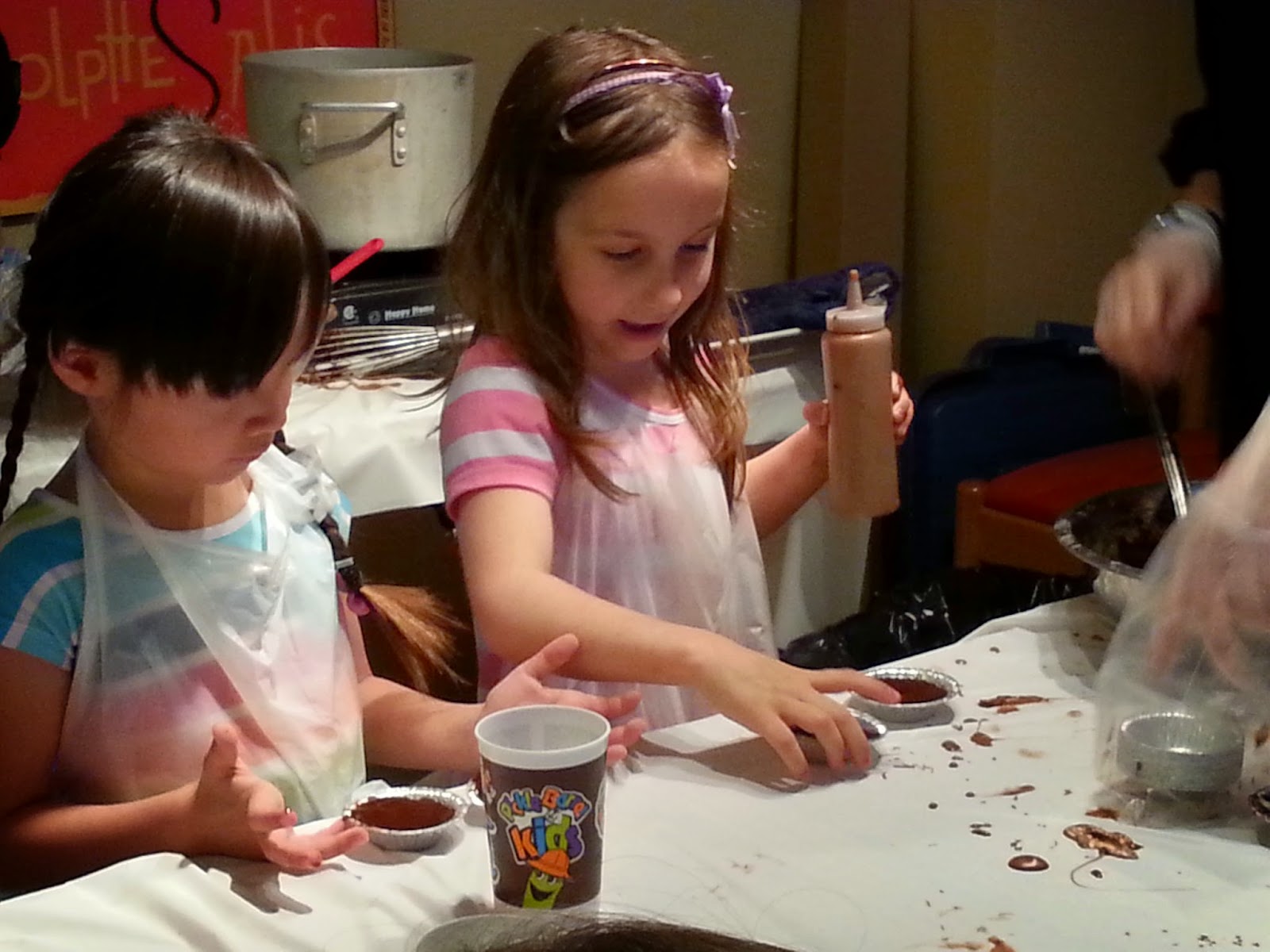 Good morning. That wasn't said with much enthusiasm.  Its Monday, its pouring rain, Little A didn't like the clothes I picked out for her, Big A didn't like how I made her oatmeal.  Just another typical day around here...

Fortunately, we did have a good weekend.  The birthday party almost went off without a hitch.  It just didn't start well, at least for Adam and I.  Chocolate Tales was supposed to show up at 2:15pm to set up for the party starting at 3pm.  The girl didn't arrive until just after 3pm!! So there were 45 minutes when Adam and I were in a total panic trying to contact them.  She claims she hit bad traffic, and while there is definitely a traffic problem in Toronto, we aren't sure we buy her story.  Anyways, it worked out because the girls had fun playing in Little A's room (no idea what the heck they were doing) while everything was getting set up.  Then when they started the chocolate making, the girls had a blast.  Like all 10 girls (including ours) just had the time of their lives.  It was really cute.s  And they made some amazing chocolate!  They also ate a ton of it, however, that didn't stop Little A, always consuming like a sumo wrestler, to inhale 4 large slices of pizza for dinner that night!

But just the stress of those 45 minutes of thinking the whole party was ruined, ruined me.  I felt like a bag of dirt yesterday.  Nevertheless we had a great time visiting with my uncle at my brother's place.

Now we have a few weeks reprieve before we host Big A's sleepover party.  Oh boy!

Have a wonderful Monday!
Posted by Healthy Life Lessons at 6:33 AM