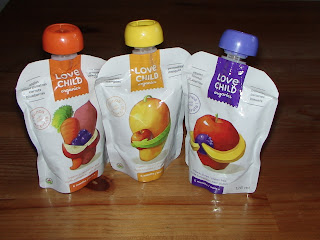 Although the two Little Divas in this house have given some award winning performances lately, we still had a pretty good week, and a great weekend.

The girls had a great check up at the dentist: No cavities!  Also, we had arranged for a free musical assessment offered by the Ontario Conservatory of Music for Big A.  Our wanna-be rock star wants voice lessons.  We were a bit nervous she'd have her heart broken because, um, she doesn't really show much natural talent in that department.  In fact, when she sings, Little A generally starts whining and complaining and begs her to stop.  To our surprise, however, the tester concluded that she has good enough range and pitch to start lessons. Her unusually deep voice (alto/soprano) for a 6-year-old female, is also apparently a good thing. Who knew?  So we signed her up!

The weekend was a blast.  Big A had a playdate Friday night.  Little A had 2 birthday parties on Saturday.  Unfortunately, that proved a bit too much for the non-napper and she was so exhausted during party #2, that she completely melted down half way through.  Yesterday, Adam took the girls bicycling in the morning while I taught spinning.  Little A mastered riding a 2 wheeler with training wheels on her first try, and Big A had a great time trying out her brand new 2 wheeler.  Then in the afternoon, we took them to a Passover event organized by a friend of mine at a local indoor playground.  The girls had a blast running around, doing crafts and taking part in a scavenger hunt.

But there have also been some major challenges.  Both of our Little Divas are total drama queens.  Big A was complaining about her stomach hurting for several straight days last week.  She told us she was pooping constantly.  When I asked her if it was diarrhea, she was evasive.  She even had the school office call us on Thursday to tell us her tummy was bothering her.  Adam mentioned to them that she can be a bit of a whiner, and they actually admitted they were aware of this (this was the 4th or 5th time she's had them call us this year due to little boo boos, etc.).  Finally, I told Big A that next time she pooped, she needed to show me what was going on before she flushed.  The evidence?  Nothing out of the ordinary.  "But isn't it black?" She asked me.  "It's darker than it should be!"  I told her it looked fine and that was the end of her tummy complaints.

Likewise,  Little A did a face-plant on the way home on Thursday and scraped both knees.   Normal little kid stuff, however, Little A claimed the pain was so severe she could barely walk.  She made us ice them and give her Advil.  She complained so dramatically that I honestly did start to get concerned and wondered whether it was possible that she broke something.  After all, Big A's boyfriend broke his arm a few months ago by just tripping and falling at school!  I examined her knees and there was no bruising or swelling nor were her legs looking deformed in any way.  Then I noticed that she was completely capable of running around and playing when she temporarily forgot about her boo boos.  By Friday, after getting me all worried and mulling over making a trip to the ER, she had forgotten about them altogether.  Grr! We've tried to warn both girls about the dangers of crying wolf with this stuff.  Honestly Adam and I never know when the girls really are hurt or sick or when they are faking, it's maddening!

The morning routine has also been driving me totally nuts lately.  The girls sit in front of the television and order me around like I'm their servant.  In addition, they insist on sitting on the same couch, practically on top of each other, and then fight constantly over space and over what to watch, despite the fact that we have multiple couches in the living room and a whole other television in the basement rec room.  The reason we have allowed television in the mornings is because Big A used to get up at the crack of dawn, and we needed something for her to do, particularly when Little A was an infant and I was usually tied up nursing her, etc.  But things are different now.  Little A is almost 4 and Big A now usually sleeps closer to 7am.  The television is really just causing problems.  So, no more t.v. in the mornings, period.  Clearly this is something we should have changed a long time ago, but sometimes I honestly forget that I'm in charge.  Yes, I know, it's weird.  I guess I just thought there would be a total mutiny around here.  When I told the girls this was going to happen, to my surprise, they accepted it pretty easily.  However, this morning Little A seemed to have completely forgotten and she did, in fact, have a total cow when I reminded her about the new rule.  So I guess the transition may not go as smoothly as I'd hoped.

Oiky doiky, on to the topic of babyfood.  I'm starting a new diet that involves only eating babyfood. NOT! However, if the media reports are to be believed, apparently this is very trendy among Hollywood stars.  Frankly, I'd call that an eating disorder, not a diet!

No, I was asked to test out a new Canadian baby food company and I thought what better guinea pigs than my two picky girls.  They may not be babies, but I can guarantee that if these two like it, than most babies will.  And heck, if I can get more fruits and veggies into them by giving them baby food, so be it.

I was sent Love Child Organics new Apple, Banana and Blueberry, Apple, Sweet Potato, Carrot and Blueberry, and Apple and Mango varieties.  The ingredients are all organic and they come in BPA-free pouches.  They retail for $1.48 each, or 3 for $4.00.

I gave both girls half of each pouch and asked them to tell me what they thought of each one (I didn't tell them what was in them, just described them by colour (purple, red and orange). 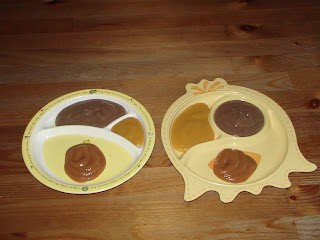 Little A did not like the red one (Apple, Sweet Potato, Carrot & Blueberry), and that was Big A's least favorite one.  They both said it tasted too much like vegetables.  At first Big A liked the purple one best (Apple, Banana, Blueberry), and Little A liked it just fine, but eventually, they both decided they liked the yellow one (Apple Mango) best.  In fact, they fought over the remaining yellow flavour. 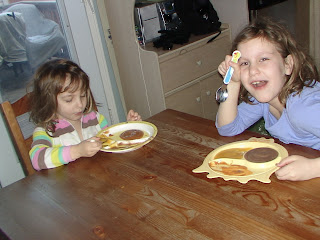 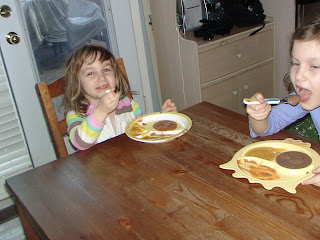 Overall, if you are looking for a nutritious, baby food, with tasty products, this is a great option.  Personally, I never bought any with my girls, because it is just so so so much cheaper to make your own, particularly if you want to use organic ingredients.  I do, however, understand new parents who don't want to be hassled with making baby food from scratch so it's nice that options like this exist.  I also like that its a Canadian company owned by a mom and dad.  Don't worry too much about my girls not liking the red flavour.  Honestly, I think they probably would have eaten it as babies.  In some ways they are pickier now!  Also, we did this experiment first thing in the morning (hence the bed-head and pjs on Little A), so they may just not have been in the mood for veggies.