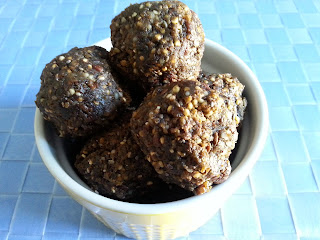 For the first time in a long time I can say good morning on a gorgeous Monday! In fact the weather has been pretty spectacular since last Thursday.  Yay!

The weekend was a bit of a blur with Little A's birthday party and all, but everything went perfectly smoothly.  Oh wait, that's bullshit, I must be thinking of an Instagram account I saw.  No, in my real life that's not what happens.  What really happens is my child turns into a birthdayzilla and has a tantrum every time she doesn't get what she wants and then melts down half way through the afternoon and declares that she hates her own birthday party.  Apparently laser tag and bowling wasn't all she'd hoped it would be.  Fortunately, after some atrocious, bratty behaviour, she redeemed herself by generously bringing the remaining of her cookies and cream ice cream cake to the neighbours.  When I suggested it, I fully expected her to shriek at the idea since she only got one little piece at the party.  But she happily and graciously agreed and brought it right over to their house as soon as we got home.  Hurray for small miracles!

Our freezer is already stuffed with Passover treats I've been preparing.  But it's critical this year as Little A is joining Adam and Big A in trying to observe the dietary rules for the holiday.  Me? I'm going to eat whatever I damn well please, as usual.

Ironically, it was recently announced that the Conservative Rabbi (I guess THE head rabbi of the North American Conservative movement?) has declared that its okay for Ashkenazi Jews to eat legumes on Passover now.  Oh man, finally!  But since I wasn't sure Adam would want to change his own practice, everything I've made follow the more traditional rules.  In fact, Adam said he's fine to incorporate legumes now.  Man, does that ever make life easier!

Anyways, given the past prohibition on legumes, I've always wondered what a vegan Orthodox Jew would do on Passover.  Is there such thing as a vegan Orthodox Jew? Are any Orthodox Jews even vegetarian? Apparently there are!  So perhaps there are some vegan Orthodox Jews out there that will appreciate this recipe, which provides a vegan and Passover friendly hit of protein.  I mean basically nuts and seeds are the only source of protein they can eat over the holiday.  Man, they must get hungry...but not with these balls...unless the other ingredients are verboten...that probably includes quinoa...I have no idea, I'm about as far from Orthodox as it gets.

Anyways...you don't even have to be Jewish to appreciate these. They taste incredibly decadent but are full of superfoods that provide a huge hit of fibre, protein and nutrition.  They are also nut-free, gluten-free, and vegan, of course. The dark colour is from the sunflower seed butter, coconut sugar, so if you want them to be lighter in colour, maybe use cashew butter and xylitol or eryithritol as sweetener instead. They'll end up pretty green though, from the hemp protein powder.  Oh well, if that scares away the kids, more for you!

I figure they are perfect for Adam as a replacement for the granola/protein bars he usually keeps stashed at work, and I know the girls will love them too.

I baked these balls but I think you could keep them raw and refrigerate them if you want them to have more of a cookie dough texture.

Stir together sunflower seed butter, flax eggs, sugar, syrup and vanilla in a medium bowl.  Mix in remaining ingredients and roll into balls.  Place on parchment-lined baking sheet and bake at 350F for 16-20 minutes, until firm.  Let cool and keep in airtight container up to 1 week, refrigerate for up to 3 weeks, or freeze. Makes 14-16 balls.