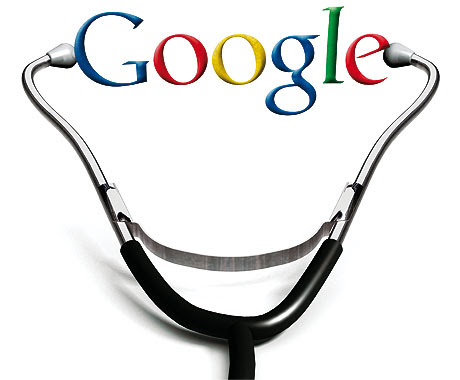 For much of my life I have struggled with anxiety.  In fact, following Little A's birth, it got so severe that I was diagnosed with generalized anxiety disorder (GAD), which I have described here.  Essentially, I had serious insomnia, constant intrusive thoughts (mostly disturbing ones about something bad happening to the girls or other loved ones), and a racing mind.  I was unable to listen to any music with lyrics for months because no matter what it was, and how much I liked or disliked the song, it would get stuck in my head and repeat like a broken record.  I obsessed about every little thing, and even developed obsessive-compulsive disorder (OCD).  I was consumed with worry about contamination - which began during my pregnancy with Big A, to some degree - and worsened to the point where I was constantly washing my hands, using hand sanitizer, trying to sanitize the girls, and avoiding touching any surface in public spaces as much as possible.

It was not pretty.  While few people suspected anything was wrong (for some reason even when I feel like I'm falling apart at the seams, apparently I appear like I'm functioning well.  This is both a blessing and a curse I suppose), this was a very difficult and dark period for me.  What was worse, is I had just begun my counselling training and wondered whether someone as 'crazy' as me could possibly be an effective counsellor.  Several months of cognitive-behavioural therapy with a wonderful psychologist, and a low dose of antidepressants that is useful for managing anxiety got me to a much better place.

Having studied anxiety disorders during my training, I am aware of how difficult GAD can be to treat and I'm proud of myself for overcoming it.  But that doesn't mean I am not still vulnerable to bouts of anxiety and recently I was struggling a bit.  A few months ago it became all about my health.  Of course, this has always been a concern for me.  Ever since I was a kid, I have worried about my health.  But why now, in particular?  Maybe it's because I just turned 38.  Maybe it's because at my last physical in September the doctor:

1. Recommended I start getting mammograms in 2 years because of my mother's history;
2. Ordered me to get my cholesterol and blood sugar checked 'because of my age';
3. Didn't like the way a lesion on my back looked and sent me to my dermatologist;
4. Said women no longer need to get Pap tests done annually, but then saw in my records that I'd had LEEP surgery when I was 18, meaning that I'm a woman who DOES need one done every year.

Perhaps some people wouldn't be concerned about any of this. Truthfully, I am not the least bit worried about my cholesterol or blood sugar, but it's the part about needing to be tested 'because of my age' that bothers me.

Actually, what worried me most was her concern about my back.  You see, I've been a little concerned about my back for a few months now.  You see, it's been itchy.  Very itchy.  Now, admittedly, I do have very sensitive skin, I am allergic to adhesive, and easily react to creams, fabrics, and clothing tags.  So I am often itchy.  But certain areas of my back have been constantly itchy since early summer.  At first I thought I had a bug bite, because I did have a little red bump, but after the scab (from my scratching) healed, the itchiness continued.  I was immediately concerned about skin cancer.  This is my next biggest health worry, besides breast cancer...and it probably doesn't help that Adam and I got into watching The Big C this summer!  I consulted doctor Google, but didn't find much evidence that my symptoms indicated any kind of skin cancer.  Phew!  However, when I asked my doctor to just have a look at my back, she said she didn't like 'the look' of the area where the scab had been.  When I asked if itchiness can be a symptom of skin cancers, she said it could be and told me to see my dermatologist.   I couldn't get in to see her for 2 weeks.

While I had been managing to keep my anxieties about this in check up to this point, this did not sit well with me.  I called Adam at work and told him I was dying of skin cancer (half joking...).  He replied, "Well I'm pretty busy right now, so could you do me a favour and plan out your funeral for me before you go?"  Okay, fair enough.  I didn't start totally obsessing or anything, and wasn't losing sleep - although I did have a nightmare that I had terminal liver cancer and had only weeks to live - but I was worrying quite a bit.  More than I wanted to.

Even though I knew I shouldn't, I went back for another consult with Dr. Google.  What is it about the Internet that is so alluring?  I know you should use extreme caution when searching for health information online, I'm a trained researcher!  But somehow it's just irresistable.  I suppose it's because you want information immediately, and few of us have access to health professionals at our whim.

Anyways, a little digging led me to some info suggesting that my itchy back could actually be a neurological thing.  At first I was comforted by this, but later got me stressed out again, when I read that it could be a symptom of multiple sclerosis.  My aunt had MS!

Inspite of this, I was able to actually get my anxiety under control at this point by using some of the cognitive-behavioural strategies I learned from the psychologist.  Partly this involved questioning whether my thoughts were evidence-based, or rational.  I reminded myself that when a toenail fell off last year, I was convinced I had a horrible fungal infection.  Pretty common, and being fairly educated on health matters, I was pretty certain about this. The dermatologist actually told me the nail had been damaged from all my physical activity.  She said she has runners coming in all the time with lots of missing toe nails.  Oh, admittedly, I had never even considered that!

I also reminded myself of the time when I was first pregnant with Big A.  I had been using a BBT thermometer to track my ovulation.  For some stupid reason, I continued tracking my temps after I got the positive pregnancy test.  Anxious because of my miscarriage just a few months earlier, I freaked when one morning my temp seemed to drop.  I'd read SOMEWHERE online that this could be a sign of a miscarriage.  At 6am, I called my sister-in-law - the OB/GYN - woke her up, and in a state of hysteria spilled the whole story and my fears that I was miscarrying.  She patiently explained in her still half-asleep state that BBT should not be done once you are pregnant since it is unreliable, even at the best of times.

So anyways, I was finally able to put my worries aside and take my mind off it - except when my back was really itchy - until my appointment with the dermatologist.  I explained my symptoms and said that while my family doctor didn't like the look of a scar/mark, I thought this might be a neurological issue.  She looked at my back and said she saw absolutely nothing of concern and that the scar was simply...a scar, from me scratching.  She said that it could be a neurological issue, that people often hold tension and have tight muscles in their upper backs and that the tight muscles press on nerves and cause what feels like itching.  She suggested stretching and maybe even getting a massage.  Wow, didn't see that coming!

But a few weeks later I figured out the cause of the lesion myself.  My favorite nightie, that I was washing several times a week so I could wear it every night, has metal parts on the straps (like bra straps).  I sleep on my left side most of the time, and the metal piece was pressing into my flesh and causing a reaction.  I stopped wearing the nighty and voila, the lesion cleared up completely.

Okay so lesson learned:  You can learn useful medical information online, but you should never use it to self-diagnose (get a second opinion from a real health care professional!).

If you are going to use the Internet to research a health condition, stick to credible sites such as non-profit advocacy or research organizations, government, and educational institutions.  Most importantly, try not to panic until you know for certain what you are dealing with!