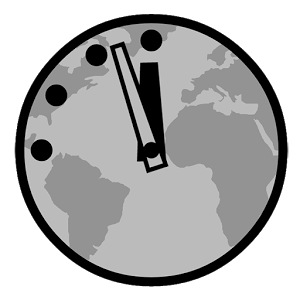 Lots of parents are concerned, given everything happening around the world right now, about what and how much, to tell their children. Do we shelter them from it? Some people believe that children should be left to be carefree, and not burdened with adult worries. The problem is, it isn't really possible to do this anymore unless you live in a very remote community and restrict your child's access to media. Information is everywhere and kids do a better job finding it than we do!

I think the decision partly has to depend on your child. In principle, I think kids should know what is going on in the world around them, including injustices, and crises, but I have friends and family members who have sensitive children that are easily traumatized. Too much exposure to the wrong information can lead to anxiety, insomnia and nightmares. Obviously, if your child is this sensitive, it makes sense to tread carefully.

We are fortunate in that our kids are curious, thoughtful and empathetic, yet not prone to serious anxiety over imminent threat to their safety or security. They seem to have a sense of our distance from danger (i.e. we live a long way away from Syria!).

But I am starting to wonder if they will eventually develop anxiety as worldwide tension increases. As a kid in the 80s, I grew up with the (mushroom) cloud of the Cold War hanging over my head. I did, perhaps worry about it more than other kids, since my parents discussed politics all time time, and news via television or radio was on in our home multiple times daily. It was enough of a concern for me that anytime I heard airplane engines in the sky, I would wonder if it could be nuclear missiles launched by the U.S.S.R. and every time I had the opportunity to wish for anything (found a penny, birthday candles, etc.) I wished there would NOT be a nuclear war. I couldn't think of anything more important to wish for!

Recently, I heard on the news that scientists were making predictions based on the Doomsday Clock (pictured above), one of the many things that fueled my fear as a kid. I probably wouldn't have worried so much if my parents had reassured me, but I don't think I ever told them about my anxiety over nuclear war, it just never dawned on me to mention it to them.

Little A came into the room Monday morning this week when they were talking about the Mosque massacre in Quebec City. She asked what happened and I explained. Somehow the conversation led to a discussion about the Holocaust, which she didn't know about (Big A does). Every day since, she has asked me more questions, either about the hate crime in Quebec (Why did the man do that? What is going to happen to the guy? Did anyone ever do that at our synagogue?) or the Holocaust. The question that was heartbreaking was, "Mommy, why did everyone let Hitler do that?"

I am watching closely to see if she seems anxious, but so far not at all. She just seems very confused by it all. As I said previously, the girls seem to have a good grasp of whether something is or is not a real threat to us.

That being said, I've realized my anxiety may be growing. As a Jewish person, I bristle when anyone claims fears about the growing hate and discrimination are an overreaction. There have already been far too many parallels to the path to Hitler's rise to power. Here we are talking about the Doomsday Clock again, something I hadn't heard mentioned since I was a kid! I have actually started to wonder if we really are safe?

I honestly never thought I'd be dealing with this stuff in 2017 and it frightens and saddens me beyond belief. As a parent, my goal right now is to make sure the girls have accurate information and just enough to understand why what is  going on is wrong, but also don't become fearful and suspicious of the whole world around them. I tell you, talking to them about sex, drugs and alcohol is a piece of cake in comparison!

On that sombre note, I hope you have a lovely weekend, that's happy, healthy, peaceful and safe!

Posted by Healthy Life Lessons at 11:32 AM