Pawshake: How to Fulfill Your Furriest Cravings 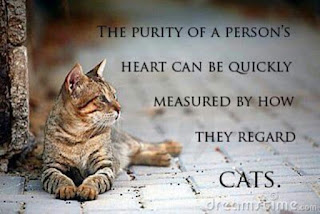 I will just briefly gripe about the weather which is back to hot and humid. Grr, give me fall please!

Full disclosure: Until Big A was born, so 10+ years ago, I was the craziest of crazy cat ladies.

It started when I was young. Like really young, and was a full-fledged obsession by the time I was 18 months old.

It wasn't environmental. We had no cats. I had to beg for cats for years, until my parents finally relented when I was 11. They weren't cruel or anything, but my brother had asthma and a zillion allergies as a kid, including to cats and dogs, but by that time (when he was 15), he'd outgrown a lot of his allergies, including the ones to pets.

I like other animals, but nothing compares to cats.

Unfortunately, I somehow married a guy not only allergic to cats, but who doesn't really like animals (he's not a sociopath, I swear!). He put up with the cats I had when we met for years, but when Big A was 6 months old, we had to give them away. His allergies were worsening and the doctor told him he was going to develop asthma. On top of that, we'd just moved to our house, and a month later Big A arrived, and they could not adjust to the changes. The cats, particularly Lester, my Siamese, was miserable.

I transitioned to being pet-free very easily because I was so busy looking after a baby, and then a baby and toddler, when Little A arrived 3 years later. In fact, I really rarely thought about cats anymore. 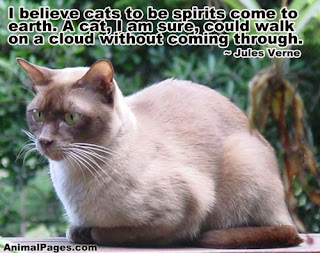 But as the girls have gotten older (and cat videos more prevalent online), I've developed serious cat withdrawal. The fact is, I have had little contact with cats for years. No one walks a cat down the street...at least around here! And most of our friends are either pet-less or have dogs.

Though they make hypo-allergenic cats, I have come to terms with the fact that we will likely always be a pet-free family. Adam doesn't want one. Period. But also, the truth is, at this stage in life, at least, I really don't want the responsibility, the work involved, or the expense. The girls would love having a cat, but there is no way they would lift a finger to help out, that I know!

So I've spent time thinking about how I can indulge my cat cravings. Looking at cute photos and videos often makes it worse. I crave cuddles! That's where Pawshake comes in!

Its a service, available in many cities, where people with pets can connect with people willing to pet-sit them, in their neighbourhood. As a sitter, you even get paid! Win-win! 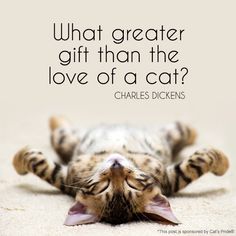 Unfortunately, many more folks need dog sitters than for any other kind of animal, so after signing up well over a year ago, I got no requests for a very long time. But, finally, it happened a few weeks ago! I woman contacted me about babysitting her cat for 2 days. Would I do it? Hell yes! The girls were thrilled too!!

The cat in question, turned out to be a 7-year-old kitty rescued from the Humane Society. A grey, medium haired tabby, he was very friendly and I was immediately smitten upon meeting him when I went to pick up the keys. Not much was required of me, just one visit daily, some food, water and a litter clean and lots of cuddles.

Okay, its not the same as having one's own pet, but for people like me, for whom this is as close as I will likely ever get again, its a great way to get up and close with some fur babies.
Posted by Healthy Life Lessons at 5:09 AM