Keep the Old, Hold Off on the New 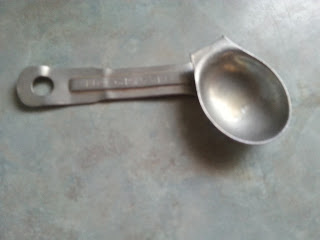 I've written before about how elitist the eco-movement can be.

As if most North Americans can afford to tear off their roof and replace it with solar panels, or buy only organic, sustainably-produced food and clothes, or drive a Prius.  If people have money, should they make the most eco-friendly choices they can afford?  Of course.  But too often I've heard extremists argue that everyone should throw whatever money they do have at the most eco-friendly option.  Frankly only someone from a place of privilege would say something like that and it pisses me off.  Who are you to say that someone should spend every penny they have on sustainably caught cans of tuna instead of trying to pay down their student debt, save to buy their first home, or create an education fund for their child?

There is one way to be eco-friendly, however, that can save you oodles of money: Be a stalwart.  What I mean is, don't assume you always have to upgrade what you have to the latest model.  If whatever you have works perfectly fine, keep it and recognize you don't need another one.

Adam and I are total stalwarts to our possessions...another weird way we are alike.  We both own clothes and items from our childhood simply because...well, they still do the job.

It was just recently that I recognized how many kitchen tools and items I have that were given to me by my mom when I left for university in 1992.  Most of these items were in my parents kitchen for many years before that, possibly for my whole life.  These include CorningWare dishes, glass plates, spatulas, measuring cups and spoons, and electric hand beaters.

Although I spend a huge amount of time cooking and baking, and always have, its never occurred that I should get rid of this stuff just because its old and get new ones.  They all are in great condition...or were, until one of my favorite teaspoon measures broke last week (the photo above).

The point is, every time you get new stuff and throw away the old, its going into the land fill.  At the very least give it to Goodwill or a place like that so it can be used by someone else!

Honestly though, neither Adam nor I have ever been the "Early Adapter" type.  Just because a newer, fancier model of something is available, doesn't mean we run out and get it.  Heck, it was less than 2 years ago I go a Blendtec, high powered blender, and I have been cooking and baking on a daily basis since I was 5 years old!  I just never felt comfortable spending that much on a blender.  Totally worth it though!!  But generally Adam and I are the last to get the newest 'stuff'.  We were still using our VCR until we finally got PVR last year.  We just got our first flat screen television about 2 years ago.  Adam just got his first smart phone last year, and only because his sister gave him her old IPhone when she got a new one.  I only got mine a few years ago - as I have mentioned before - to use for my business.  I know both of us and can assure you we will keep the phones we have until they break.  Upgrading would never even occur to us just for the sake of having a better/newer model.  Besides, you know how I feel about our device technology, you've heard my rants before.  I wish the stupid things had never been invented.

Now I am not denying that newer things aren't sometimes better, and often there are advantages that come with newer technology (PVR is frickin' awesome compared to dealing with a VCR and VHS tapes!), but we don't believe we 'need' every single new thing that is available.  All too often I see clients in my office struggling with financial problems - which often lead to relationship problems - because they believe they must have the latest and greatest of absolutely everything.  But you can't buy happiness, and all of this quick-disposal living, is adding to the environmental catastrophe we have created on this planet.  The most economical way to be green is to keep what you have that is still useable and don't purchase more.  Its pretty simple. Of course, the exception would be if you have a 1978 gas-guzzling Lincoln Continental...but you know what I mean!

Tonight I'll be cooking dinner in my 45 year old CorningWare dish and Adam and I will be watching our PVR'd show on our un-flat television (we've only upgraded our basement rec room television).  Have a great weekend and don't forget to Reuse Reduce Recycle!

Posted by Healthy Life Lessons at 4:36 AM