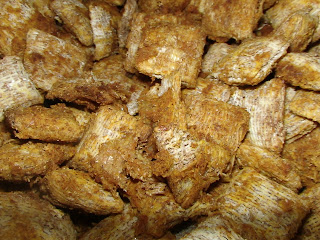 It figures that we'd get a freakin' huge snow storm while Adam is away!  But, hey, it gave me an opportunity for another random act of kindness.  It's been harder than I expected to find opportunities, at least to do the things I think are most kind.  Things like giving what we don't need to Goodwill are things we already do, so I am trying to look for opportunities to do additional kind things.  This week I only managed to drive Little A's daycare teacher home in the storm and shovel for the neighbours again.  But when I woke up this morning, the teenage son of the neighbours west of us was shoveling our front walk...this is the first time anyone in that household has moved a single snowflake for us in the 7 years we've lived in this house!  Maybe because I shoveled for them last week?  Just goes to show, kindness begets kindness.  The snow is coming down so hard that after I was showered and dressed, you couldn't even tell he'd done it, so I went out and shoveled again for them, AND our two sets of neighbours to the east.  Of course, by the time I got home from dropping off the girls, you couldn't tell I'd shoveled either.  Sigh! To be honest, the greatest act of kindness I performed this week was NOT giving Little A to the zoo.  She's been a total nightmare, having ridiculous tantrums and fits pretty much daily.  My mom, who was supposed to be coming back to Toronto from New York today is goodness knows where.  I've heard all flights have been cancelled but I haven't heard from her....It's a miracle I haven't had a single drink this week.

At least we've had this new delicious, healthy snack to eat!  I've been taking this and crumbling it over yogurt and topping with fresh blueberries for Big A in her lunchbox and she's been loving it.

Most boxed cereals are total garbage.  Even the high fibre kinds.  I call them 'cookies in a bowl' because really, most of them have so much damn sugar.  I don't think they provide very good fuel for the day either.  They leave you hungry very quickly, probably because of all the sugar.  But Adam loves cereal, so we always have it in the house.  And the girls love it too.

I went on a mission to create a cereal they would like, but that doesn't have so much sugar.  This can be eaten as a snack, or with milk as cereal.  Or, you could crumble it over yogurt or ice cream or use it  to crust French toast.

I chose to use unsweetened wheat squares (no sugar, no salt) but you can start with whatever unsweetened whole grain cereal you want (gluten-free, etc.).

Whisk together pumpkin, oil, vanilla and seasonings.  Pour over cereal and toss to coat.  Lay in a single layer on 2 large baking sheets.  Bake at 275F for 1 hour, rotating positions of 2 trays every 15 minutes.  Let cool and store in an air tight container in a cool place for up to 3 weeks.

This recipe has been added to Diet, Dessert & Dogs Wellness Weekend.