Honoring Victims of the Danforth Shooting

July 30, 2018
Canadians are probably all aware of this, but for those of you International readers, I will share that there was a mass shooting here in Toronto last week. It happened on a Sunday at 1030pm, when many folks were out enjoying a warm summer evening. It also happened 2 blocks from my brother's house.

Many people were injured, some very seriously, and 2 were killed including an 18-year-old woman, and 10-year-old girl.

Not only the city, but I think the whole country is shocked, especially after the van attack that left many dead here just last April.

So when I was asked to post information about this yoga class taking place tomorrow in honor of the victims of the shooting, I was happy to oblige. If you live in the city, do think of dropping in. 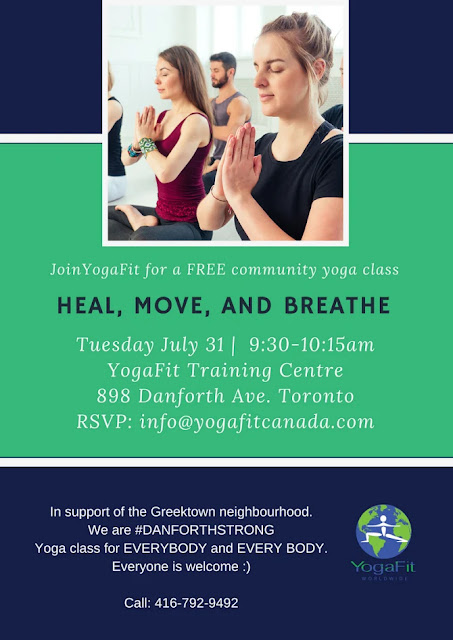 A result of this incident, Canada is thinking of banning the sale of hand guns altogether. Maybe some day the country down south will do the same (yeah right!).